TODD LA TORRE-Rejoice In The Suffering 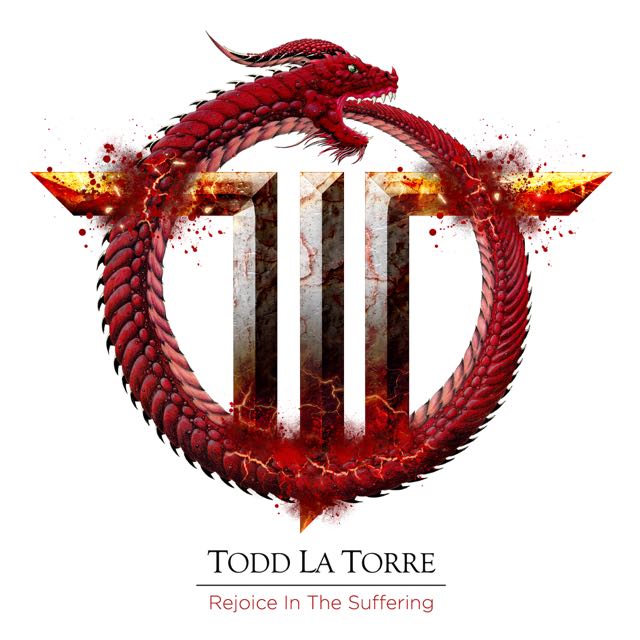 TODD LA TORRE-Rejoice In The Suffering

On August 3rd, 2019 I attended a Queensrÿche gig in Eindhoven (those were the days…) and I was impressed by the vocal performance of Todd La Torre (ex- Crimson Glory).

Now almost two years later La Torre releases his first solo album called ‘Rejoice In The Suffering’ and again I am impressed by his (high-pitched), powerful and diverse vocal performance in the ten songs on La Torre’s debut. ‘Rejoice In The Suffering’ is a true and honest heavy metal album with lots of dynamic and powerful songs. The first single ,,Darkened Majesty” was released in December 2020 and if you liked that song then you can buy this album without any hesitation! In my humble opinion, this album definitely has the same high musical level as Queensrÿche’s last album `The Verdict’. Just check out pure heavy metal songs like ,,Dogmata” or ,,Hellbound And Down” and you will be headbanging till you drop! My personal favourites are: ,,Crossroads To Insanity”, an awesome power metal ballad with incredible vocals and the best guitar solo of the entire album played by Craig Blackwell, and ,,Apology”, which is a very bombastic, heavy track with even some raw grunting from La Torre. If you liked ‘The Verdict’ and La Torre’s voice then ‘Rejoice In The Suffering’ is a must have album for you, but be aware that the music here is definitely heavier than the Queensrÿche material, so keep on banging them heads, play it LOUD and listen to and enjoy the amazing, emotional vocal performance of La Torre! A highly recommended pure heavy metal album, which marks a great beginning of the year 2021!!