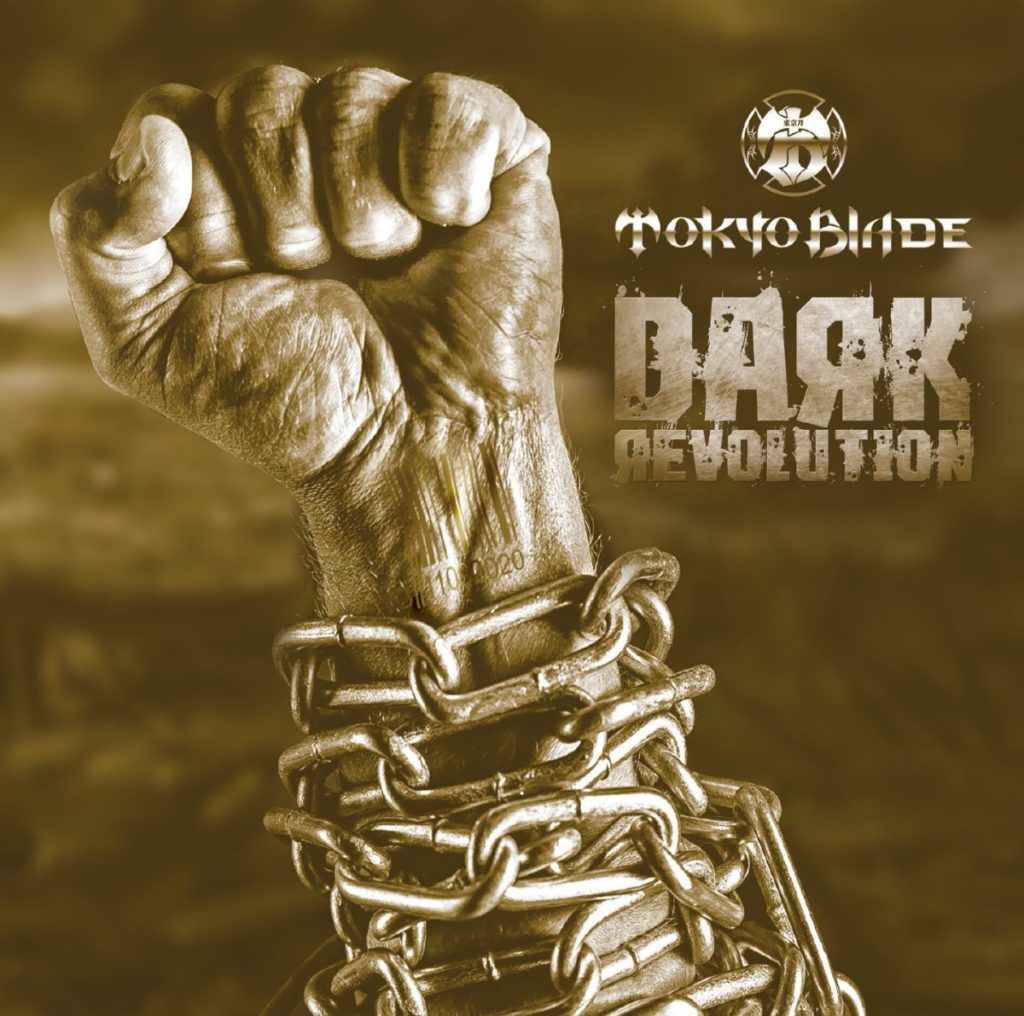 Back in 2010 English NWOBHM band Tokyo Blade picked up where they left off some years ago and have since released two albums. The band around Andy Boulton (guitar) had a promising future back in the eighties after the release of their self-titled and well received debut album but shot themselves in the foot. How? Because of the many changes in line-up there was little continuity and furthermore Boulton decided to change the musical course of the band from solid British metal to slick and more accessible USA rock that chased away the old fans leaving the band in nowhere land. Members came and went leaving behind a trail of destruction and uncertainty. Since a few years the band is operating again in a line-up that you could call the original band. Boulton is there, as are original vocalist Alan Marsh, second guitarist John Wiggins, bass player Andy Wrighton and drummer Steve Pierce. Okay, Wrighton came to the band in 1984 but still this is as close as it gets when you are talking about original band members. The 2018 CD ‘Unbroken’ CD was not bad but the band seemed to be at some sort of a crossroad. Their music was okay but not spectacular and the difference in style between the songs was there as well. With ‘Dark Revolution’ the group sends out a clear message. Tokyo Blade is here to rock and to rock hard as well. There is a more clear approach visible and the eleven songs on ‘Dark Revolution’ are bonded and dominated by loud guitars, up-tempo beats and above all a solid construction. The album rocks along nicely with robust rockers like the hard hitting title track and the crunchy ,,The Fastest Gun In Town’’ but as you listen to the album you can also hear for yourself that the years have not been too kind on the vocal chords of Alan Marsh. It is not that he makes a dramatic impression on ‘Dark Revolution’ but at some moments his singing is forced and he is not reaching the level the songs demand. That is a pity as ‘Dark Revolution’ is not bad at all but the mediocre singing unfortunately does not raise the level of this record for it to be recommended just like that. Have a good listen if you are into some old fashioned melodic and honest sounding English metal to decide if ‘Dark Revolution’ is good enough to re-inforce your collection. I can only give it a minor seal of approval because of the music.