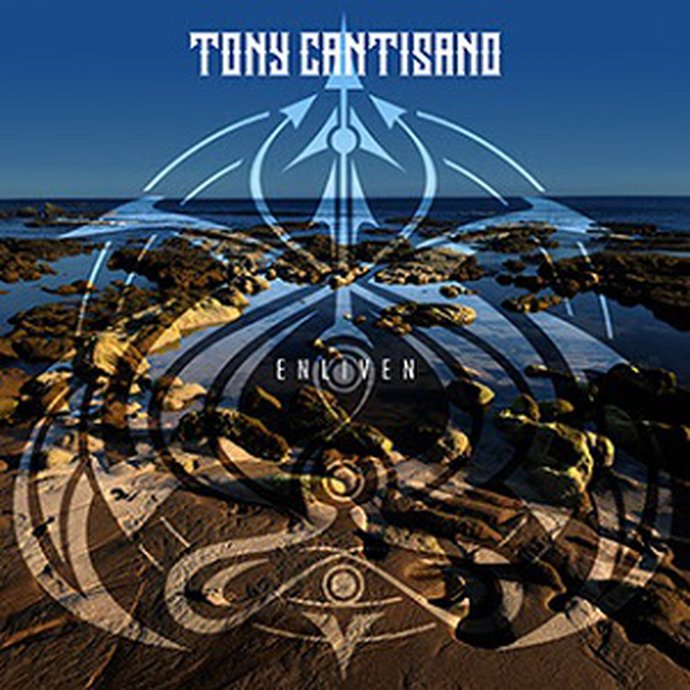 Have you ever heard of Tony Cantisano? No? Me neither. Mister Cantisano is a guitarist/composer/producer who was born in Brazil, had his upbringing there and got a guitar degree before moving to Europe. Since then he has worked together with many different artists, most of them not active in the rock and metal world except for the UK outfit River Circus that has an EP on the market with Tony as guitarist.

As a solo-artist Cantisano has now managed to get a record deal with the Lion label that is being run by famous guitarist Lars Eric Mattsson. Being assisted by musicians from all over the globe Cantisano has delivered an instrumental album that shows off his versatility as guitarist and song writer. ‘Enliven’ is a very flexible record with at times a pretty dreamy and atmospheric character where electric and acoustic guitars go hand in hand, varying in style from rock to heavy rock, a sniff of fusion and lots of melody.

Variety is the key word for this entertaining album. Tony Cantisano does not focus on doing the same thing. He puts a lot in feeling in his playing and that does the record a world of good. He might not be as spectacular as people like Vai, Satriani or Andy Gillion but when you hear a robust rocker like ,,Wild Dreams’’ where there is constant interplay between keys and guitars you can’t help being impressed, especially as half way through the song the mindset changes a few times, making this track absolutely the highlight of the album. Into instrumental guitar driven rock/heavy rock with mood swings and variety? ‘Enliven’ is quite possibly your cup of tea then.