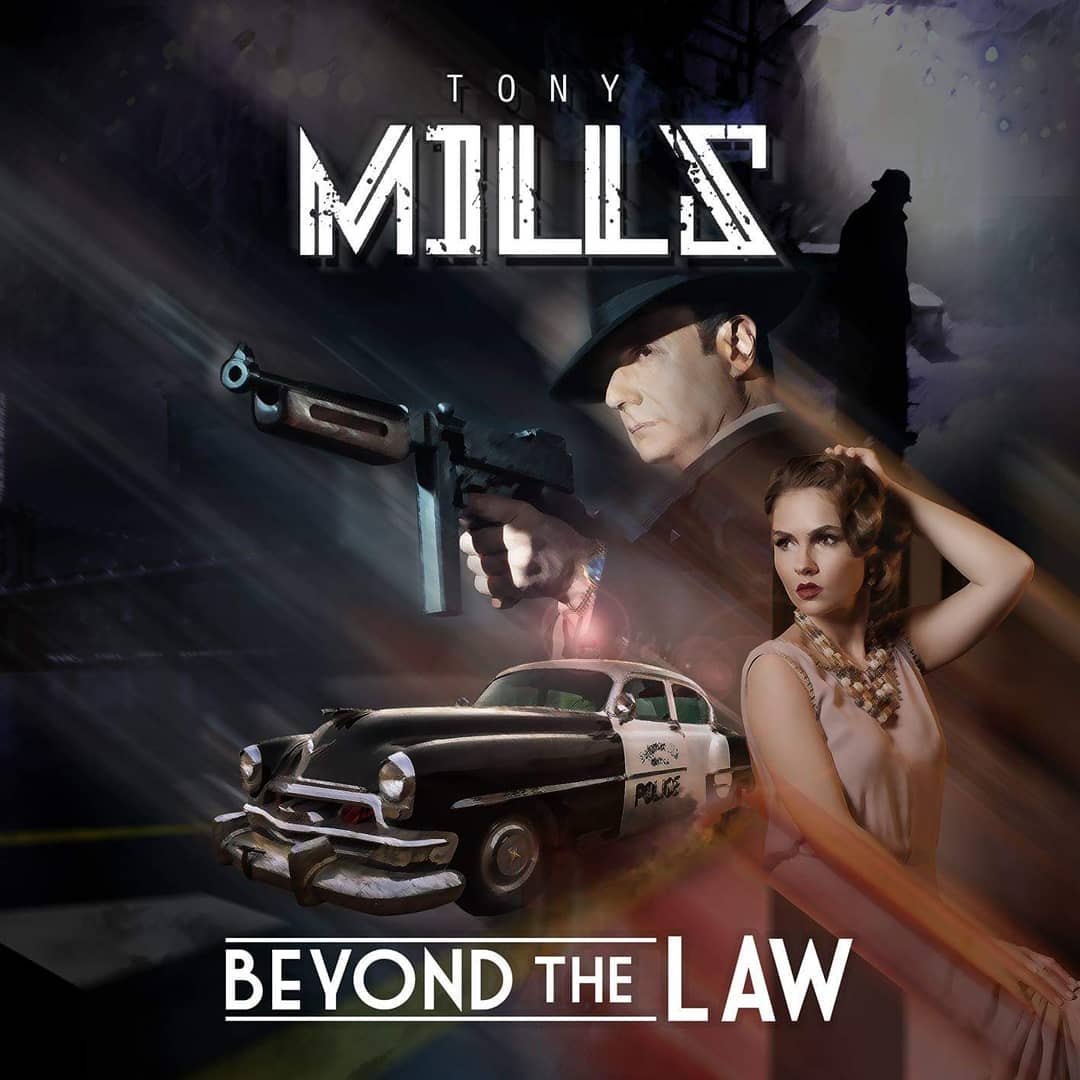 In April 2019 vocalist Tony Mills (formerly Shy, Siam and TNT) announced via social media that ‘Beyond The Law’ would most likely be his seventh and last solo-CD as during a routine check-up doctors found a cancer in his body that already had advanced and was no longer treatable. He was basically given a death sentence at the age of 56. It makes ‘Beyond The Law’ a very special album on one hand while on the other hand it is terrible to realise that this beautiful voice and the person behind it will no longer be heard in the years to come. If you are familiar with the 2017 CD ‘Streets Of Chance’ you will find that ‘Beyond The Law’ sounds a bit different. This CD sounds heavier, is less AOR-orientated although Tony used people like drummer/composer/producer Pete Newdeck and Swedish rock master Tommy Denander (guitar/keyboards) again for the recordings, song writing and production obviously writing some of the lyrics himself. The album leaves me with a sad feeling. The songs on the album are at stages really good, Mills put his stamp on the record with that golden voice that we have been familiar with since the Shy days. But at the same time we must face the fact that there will be no more and that makes me sad and in a way angry. I know, we all got to go at some time but sometimes the blows that life dishes out are cruel and unfair. Like in the case of Tony Mills. Still, I think that Tony does not want any pity but a realistic judgement of his latest musical effort. And that judgement is positive, as the heavy rockers ,,Code Of Silence’’, ,,Gunfire’’ and ,,Black Sedan’’ (with a majestic guitar part from mister Denander) just kick ass while the ballad ,,Bonnie’s Farwell’’ with its stylish saxophone part that gives the song an extra dimension, is a peach of a song. The lyrics might even be a bit autobiographical, although I am not sure if that is really the case. The song also showcases the incredible feeling that Tony Mills has put in his singing. All in all ‘Beyond The Law’ is a heavy rock CD that showcases the singing abilities of Tony Mills to a T. This is a strong rock record that will put a tear in your eye but at the same time make you smile as well. Our team here at HBLS wishes Tony all possible strength during his journey and would like to thank him for 40 years of quality music.