TONY SPINNER-Love Is The Answer 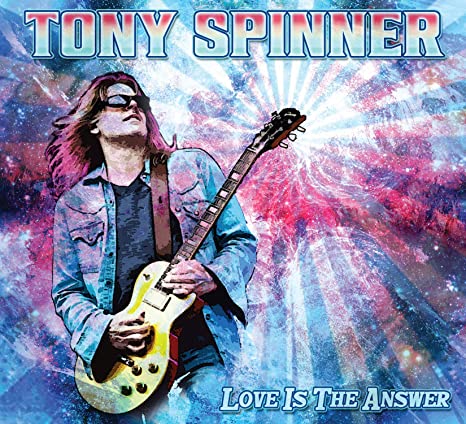 TONY SPINNER-Love Is The Answer

After his 1993 and 1994 albums ‘Saturn Blues’ and ‘My ‘64’ and his contribution to the L.A. Blues Authority Project I lost track of US guitar slinger/vocalist Tony Spinner. I knew that during the years he was heavily associated with Toto (as second guitarist) and developed a working relationship with Mr. Big’s Paul Gilbert. Spinner also kept releasing his own albums.

‘Love Is The Answer’ is solo album number ten and Spinner these days works together with bass player Michel Mulder and drummer Alex Steier. The twelve songs on ‘Love Is The Answer’ are pretty much okay to hear bluesy rockers but what I completely miss on this album is any sort of exorbitant explosive stuff. It is all nice to hear but Spinner has become a more middle of the road blues rocker. I don’t want to call it easy listening blues rock but a bit more muscle would have done ‘Love Is The Answer’ a world of good. In the blues rock genre you sometimes need pepper and salt on the main ingredient (Anthony Gomes is a master in that) but one way or another ‘Love Is The Answer’ tastes just not spicy enough.