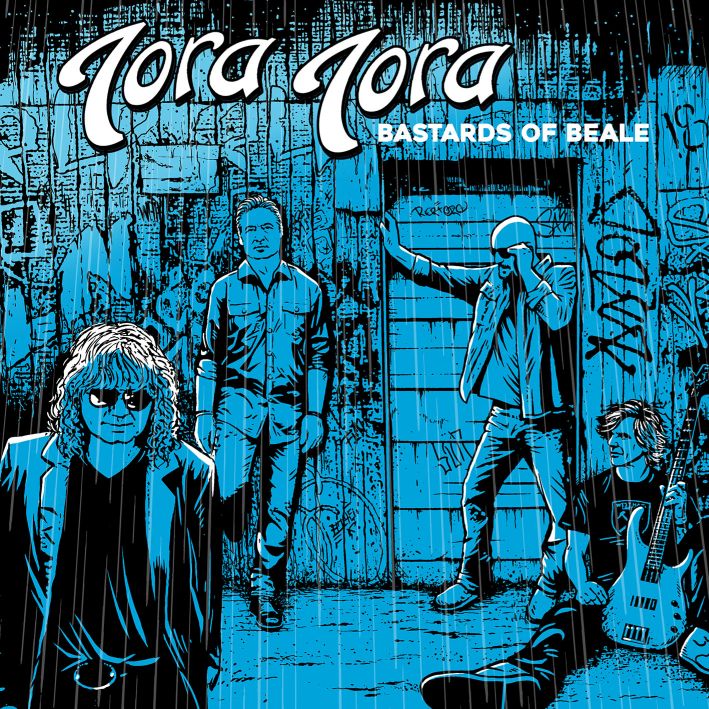 Every man has a hobby, that is natural or not? I have a few. First and foremost there is rock and metal music. It’s a disease that has been with me for decades now and it will end on the day they put me six feet under or burn me in hell. Another one is soccer. A third one is hats and caps. I don’t know how many I have got but sometimes it drives my wife crazy. I don’t know whether it was a premonition or pot luck but a little while ago I grabbed a cap from one of the bags that is filled with them and it said Tora Tora ‘Wild America’. A few days later I got the MP3 of their new album, their first new CD with original songs since that 1992 ‘Wild America’ release. I got ‘Wild America’ out, dusted it off, played it and rediscovered that ‘Wild America’ was quite good. The Memphis based band was not like all the other glam and hair metal groups. Their music was more a mix of R&B and blues based rock with a slight metal edge as well, more in the vein of a band like Aerosmith. ‘Wild America’ was a vast improvement in comparison with the 1989 debut ‘Surprise! Attack’. Like so many other bands Tora Tora did not survive the grunge explosion, were dropped by their major record label A&M and fell apart. About 10/11 years ago the original line-up reunited for some shows and released three more albums that contained hardly any new stuff. It were more compilations and left over material. ‘Bastards Of Beale’ is different. The eleven songs are not earth moving perhaps but the bluesy and hard rock based character of them is more appealing than what other bands in this genre on the Frontiers label the last year or so have produced. Listen for instance to ,,Son Of A Prodigal Son’’, a more light flavoured country rock song that flames up quickly and pounces away shortly before settling into a country rocker with a metal edge guitar solo and a tight rhythm. In a way ‘Bastards Of Beale’ comes (at moments) close to the better moments on ‘Wild America’ (,,Lights Up The River’’ is also a very subtle track with vocalist Anthony Corder sounding in a nice way somewhat ‘fragile’). I did not expect very much of this album but sometimes when the expectations are low the end result might not be so bad after all. As is the case with ‘Bastards Of Beale’!