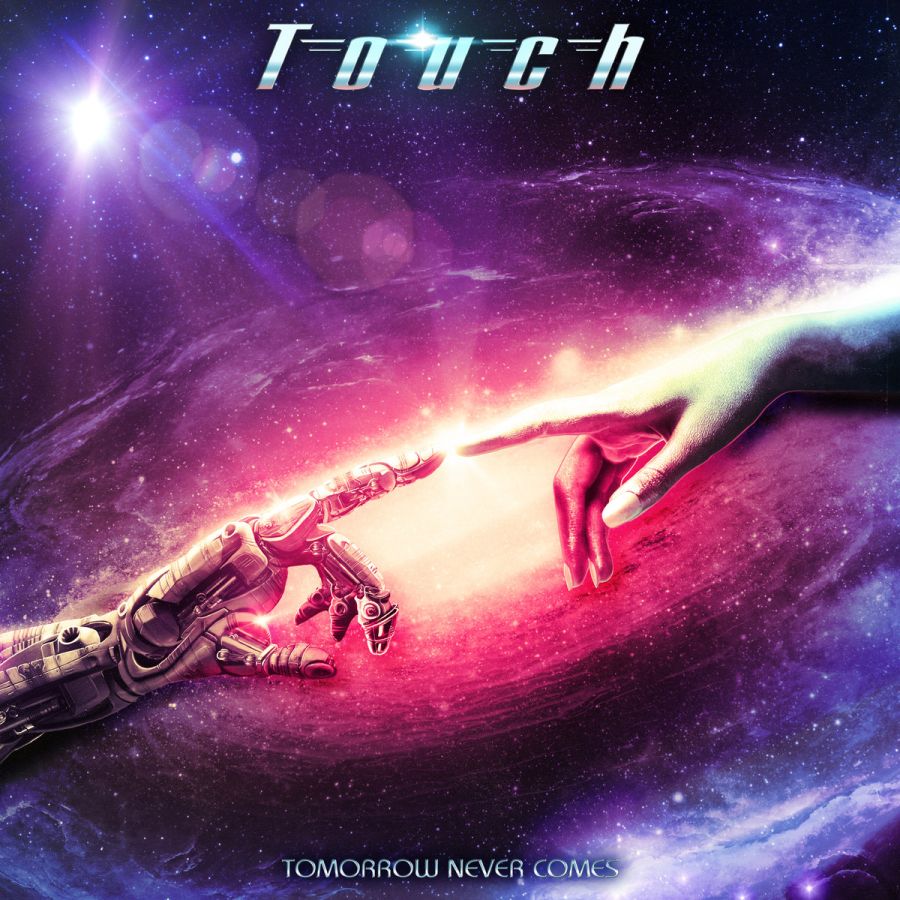 If you are a fan of AOR, pomp and melodic rock you might have heard of the US band Touch. You surely must be familiar with the name of Mark Mangold. In the seventies he started the band American Tears and made three albums under that banner. With guitarist/singer Craig Brooks, and drummer Glen Kitchard being part of the last line-up of American Tears, Mark and his friends put American Tears on ice and continued as Touch adding bass player Doug Howard to the mix. Their first album came out in 1979 and must be seen and treated as an essential record in the melodic genre. With the pumping bass lines, soaring synthesizers and keyboards and spicy guitar work plus a lot of vocal acrobatics and beautiful harmonies Touch were the front runners of the pomp rock movement. They had two hit singles in the US charts. ,,Don’t You Know What Love Is’’ grew out to be an favourite getting lots of airplay and also landed Touch an invitation to the first edition of the Monsters Of Rock festival in the UK.

Sadly the second album that they were working on with Todd Rundgren as producer never came out, the only thing that fans could get their hands on was ‘Touch The Works’ which was more or less a compilation of all of their work. I believe both releases are still floating around. After Touch Mark started the great formation Drive, She Said with singer/guitarist Al Fritsch and did quite okay for a number of years. In 2016 the band made a comeback but the death of Al Fritsch not long after the release of the album ‘Pedal To The Metal’ was the end of that. Mark Mangold did not want to continue the band without Al and started working under the banner American Tears again releasing some albums with ‘Free Angel Express’ being the latest in 2020. By the time ‘Free Angel Express’ hit the shops news already had come through that Mark, Craig, Doug and Glen had reunited in Touch. So some 42 years after that stellar first album here they are, older, wiser and more experienced musicians. Luckily Touch has chosen for a new sound, a fresh approach with no desire to rehash the past by for instance re-recording some old stuff. Of course you hear some things from the past like the scorching keyboards and the really superb vocal harmonies but it is safe to say that ‘Tomorrow Never Comes’ has its own characteristics. The title track opens the record and it is a great up beat rock tune that sounds as fresh as a daisy. Second track ,,Let It Come’’ sounds to me like a song that was originally written for Drive, She Said with that heavy guitar riff, its creative vocal harmonies and its dynamics. Obviously Mark Mangold has written the bulk of the songs but also Craig Brooks (who is the main singer) and Doug Howard have contributed material. The rest of the album features a few more heavy tracks like ,,Lil Bit Of Rock N Roll’’ and ,,Fire And Ice’’ while several other tracks are a bit more subdued perhaps (,,Trippin’s Over Shadows’’ is a gorgeous ballad). Even at times like one of the longest compositions of the record ,,Frozen Ground’’ Touch can sound a bit experimental as well while also ,,Try To Let Go’’ has some different features. What sticks with me are these gorgeous vocal harmonies throughout the whole record, the fresh and upbeat sound and most of all superb musicianship by all four people involved. This is a comeback by the book if you ask me, as the album grows on you more and more each time you play it.