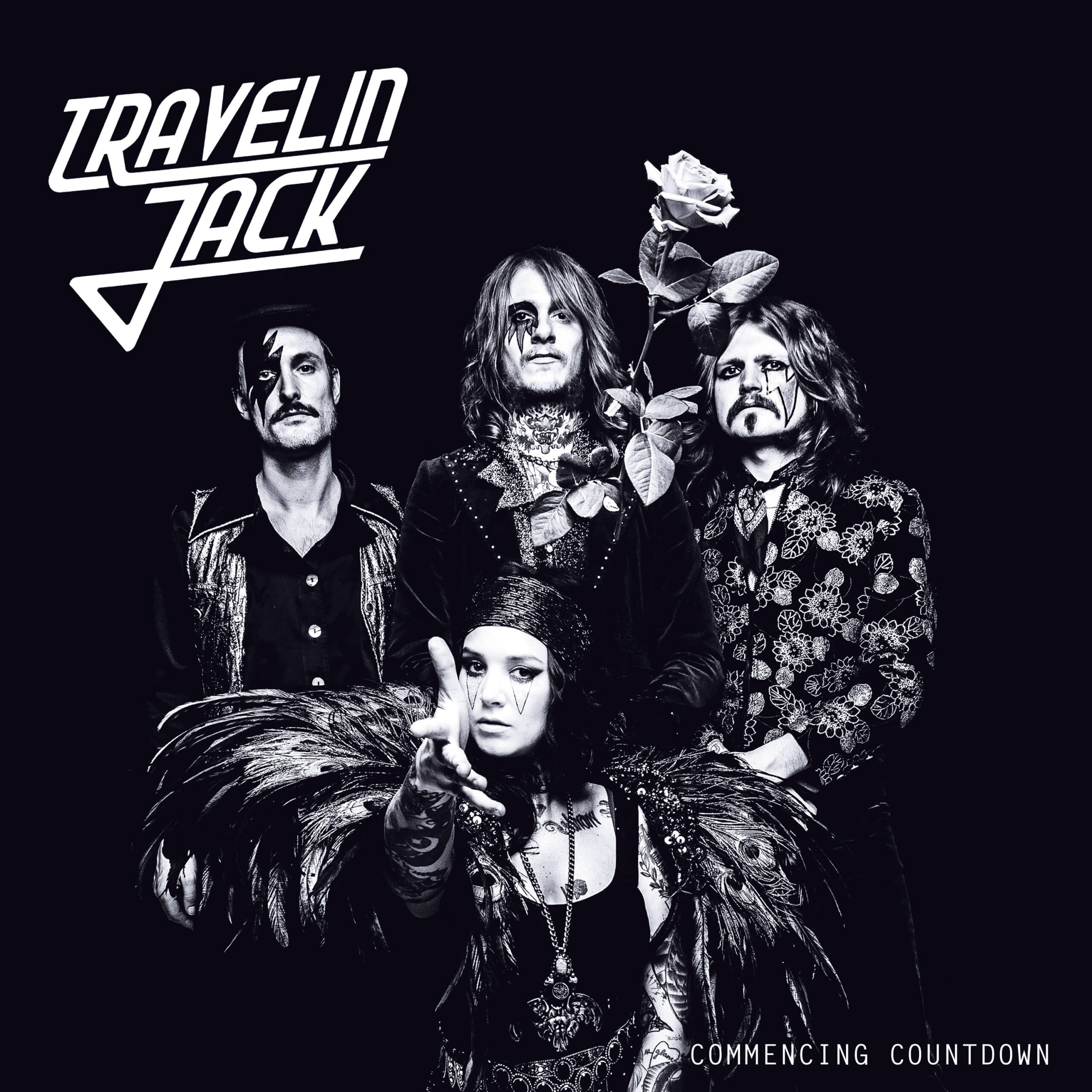 The second CD of this Berlin, Germany based quartet is called ‘Commencing Countdown’ and is co-produced by Richard Behrens who also look after the Travelin Jacks label mates Alpha Tiger. It sounds solid enough. That is for sure. The ten songs have a strong production, giving the tracks the boost they need. Travelin Jack is not your everyday rock band. The band members paint their faces, look flamboyant and have a very direct approach towards music, fans and media. Or you like it, or you don’t, it makes no difference to the group, at least that is what they proclaim. And the songs sound very direct and in your face, no nonsense straight ahead rock leaning heavily on the guitar from ‘Flo The Fly’ Kraemer and the very characteristic voice of female singer Alia Spaceface. Our Alia brings it across, loud and proud. A little bit too one dimensional for my taste perhaps, but at least she shows a healthy portion of power and guts. Maybe in future she will learn to become more versatile in her approach, but something in me says that that might not happen. These Germans know what they want, like what they do, but to say that the music should remind us of bands like Scorpions (although the ballad ,,What Have I Done’’ does have a Scorps tinted style and is an excellent songs with lots of expression) and Thin Lizzy, hmm not so sure. Still, not an album that just should be ignored as there are several good songs on there and the band does sound very honest.