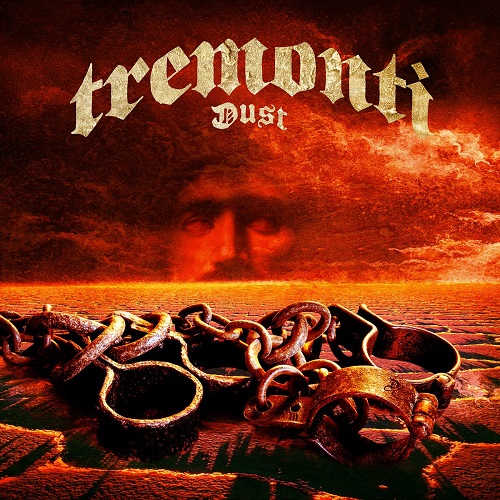 Mark Tremonti is mainly known as the guitarist from Creed and Alter Bridge but in his solo band Tremonti he proves to be a very convincing singer as well. ‘Dust’ being his third album, recorded at the same sessions as the second ‘Cauterize’, it is not surprising that it has a similar atmosphere. ‘Dust’ contains 10 super heavy riff based songs but they always stay melodic because of the vocal lines. The album opens with the heavy ,,My Last Mistake’’ followed by the just as heavy ,,The Cage’’ that also has grungy influences. And that’s how we could qualify Tremonti’s music: modern day thrash with grunge influences. Always melodic and divers. ,,Once Dead’’ has a Pantera-like riff and the title track ,,Dust’’ is a rock ballad with a lot of mood swings which makes it a highlight on the album. Besides Tremonti it is once again drummer Garrett Whitlock and bassist Wolfgang van Halen who are responsible for the super tight rhythm section with rhythm guitarist Eric Friedman paving the way for Tremonti to excel with his solos like on ,,Betray Me’’, ,,Never Wrong’’ (grungy, nice layered vocals), ,,Catching Fire’’ and ,,Rising Storm’’. ,,Tore My Heart Out’’ is a power ballad carried by van Halen’s pumping bass that allows you to take a breath halfway through the album. Like on the previous two albums, ‘All I Was’ and ‘Cauterize’, also on ‘Dust’ Tremonti shows his love for metal. A job well done.