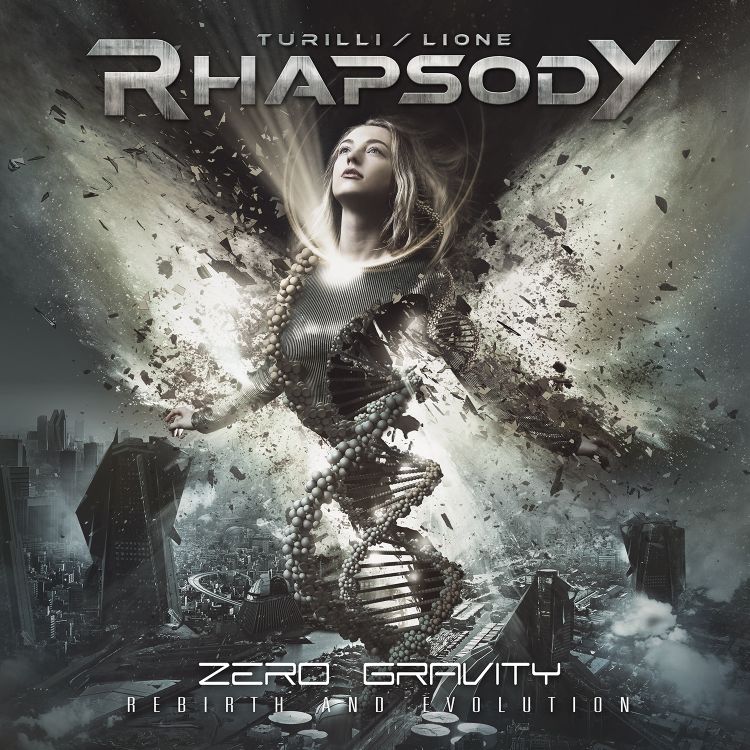 At the beginning of this year Rhapsody Of Fire released their new album ‘The Eight Mountain’ and it was/is a master piece (read review here). Now after an eight year hiatus guitarist Luca Turilli and singer Fabio Lione, two original members of Rhapsody, are back together again and they come up with a fantastic new album called ‘Zero Gravity (Rebirth And Evolution)’. In fact this is their debut studio album, featuring ten brand new tracks, a must for fans of cinematic, bombastic epic symphonic metal with lots of classical influences. Take for example ,,Arcanum (Da Vinci’s Enigma)”, a song about the universal genius Leonardo Da Vinci, featuring Italian lyrics and a classical choir intro with heavy orchestration. ,,Amata Immortale” is almost like an aria from an Italian opera; also sung in Italian and very intimate as well, featuring piano and utterly emotional vocals by Lione. ,,Phoenix Rising” is the first single that was released on May 3rd and the song is soooooo Rhapsody, orchestral, up tempo guitar hooks and riffs, dramatic vocals; in short a fantastic symphonic metal track. Other highlights are: ,,I Am” (filled with addictive guitar passages), ,,Decoding The Multiverse” (a real Rhapsody song) and ,,DNA”, an up tempo cinematic track. In fact the entire album is packed with amazing guitar work, emotional vocals, powerful, catchy choruses and breath taking melodies. If you liked ‘The Eight Mountain’ then you can buy this album without further ado, so for Rhapsody fans we now have two great symphonic metal albums released in one year’s time. Enjoy and turn it up loud !!! Recommended tracks: ,,Phoenix Rising”, ,,Arcanum” and ,,Amata Immortale”.