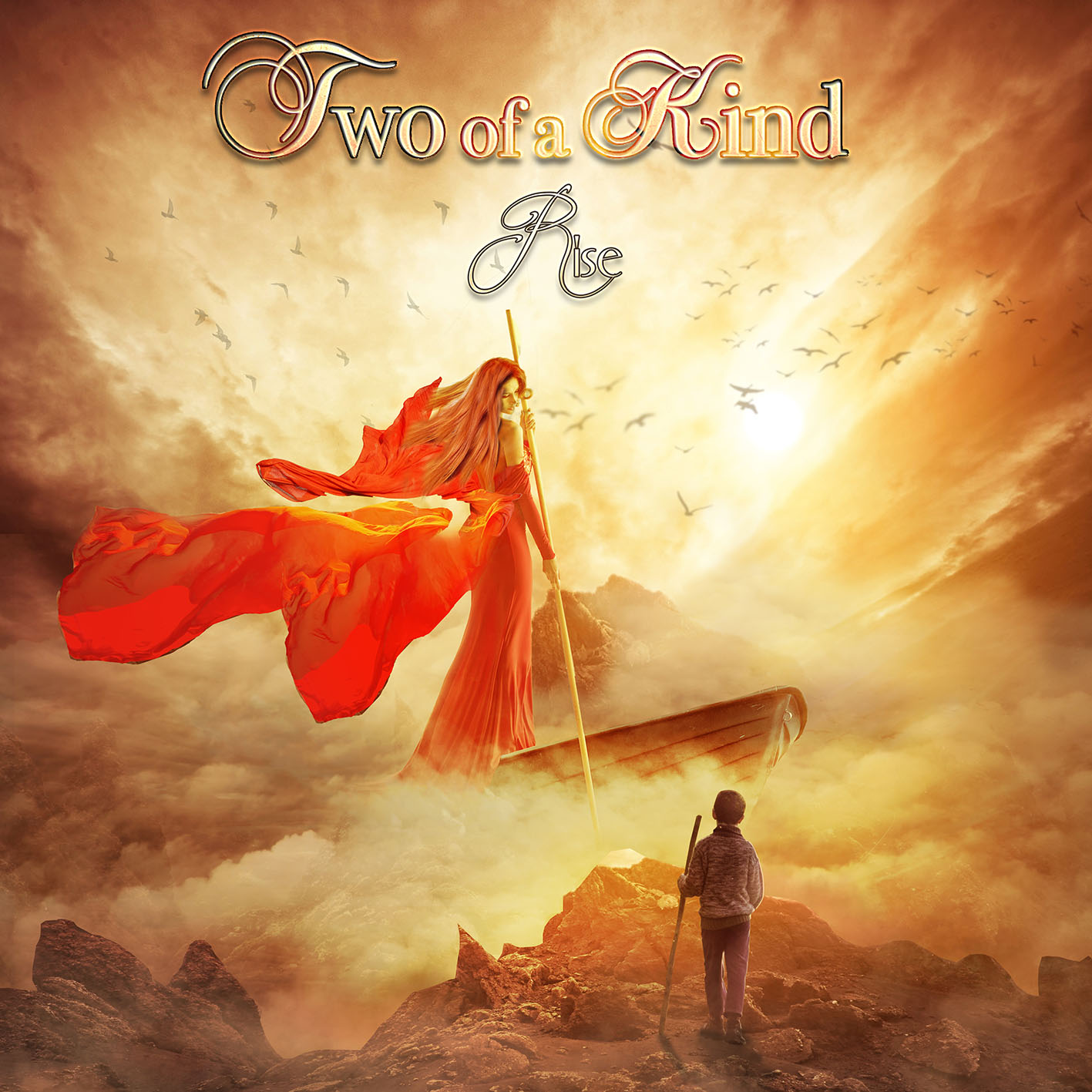 Some eleven years after their debut CD Dutch rockers Two Of A Kind present their second opus ‘Rise’. The instrumentalists in this group have all got a long history together in the AOR formation Terra Nova and were also there for that first record in 2007. Main man is composer/bass player/producer Fred Hendrix and he is being assisted by guitarist Gesuino Derosas, drummer Hans In’t Zandt (also active in Praying Mantis) and Fred’s brother Ron on keys. Two Of A Kind is a band that is fronted by the female vocalists Esther Brouns and Anita Craenmehr, both ladies also sang on the first CD. I have got no idea why it took eleven years to get that second CD out and about. Fred Hendrix is a guy that obviously likes to take his time, maybe even a perfectionist at heart. Fact is that ‘Rise’ has got an excellent sound and production, crystal clear most of the time but also provided with a bit of force and ferocity where necessary. Originally Fred aimed for this band to be a bit of a combination between Heart and Boston, but Two Of A Kind does not really have that big and bombastic sound surrounding the first two Boston albums. Nowadays Two Of A Kind sounds more like a genuine AOR outfit, the songs have several surprising arrangements while the two ladies do have their own singing identity yet they gel extremely well together. Listen for instance to ,,Rock Your World’’ and the first video track ,,Naked’’ and you can hear for yourself that Anita and Esther fit well together. I would have loved to have heard one or two more songs in the vein of ,,Rock Your World’’ on ‘Rise’, as especially on ,,Rock Your World’’ guitarist Derosas comes to life while also ,,It Ain’t Over’’ rocks along nicely with a pulsating bass and nice up beat drums. I just have the feeling that in these type of songs the strongest elements of Two Of A Kind (muscle and melody) are exploited to the fullest. In general though ‘Rise’ is a strong and versatile rock and AOR CD from Dutch soil.