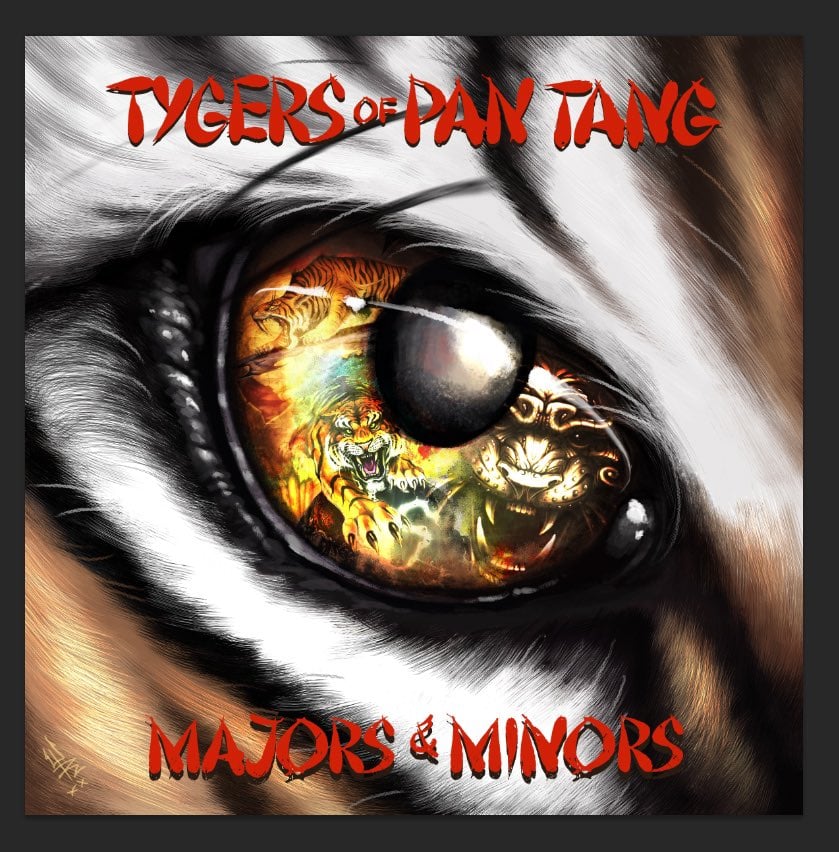 If by any chance you have missed the last four studio-albums of Tygers Of Pan Tang (‘Ritual’, ‘Tygers Of Pan Tang MMXVI’, ‘Ambush’ and ‘Animal Instinct’) ‘Majors & Minors’ more or less offers you the best of those four records. This compilation album contains fifteen songs compiled from those four albums and all songs have been selected by the band members themselves.

The band around guitarist Robb Weir has delivered some real quality the last decade with especially ‘Ritual’ being an excellent melodic metal album with good songs, super vocals by Italian maesto Jack Meille and a great sound as well. About four songs of ‘Ritual’ found a spot on this compilation, but for me the two best songs (,,Words Cuts Like Knives’’ and ,,Sail On’’) are sadly missing while a party rocker like ,,Glad Rags’’ was not really necessary to include.

But still, if you have missed out this is a good chance to repair some damage as the album is very energetic with the accent on their harder songs. The album title ‘Majors & Minors’ might need an explanation. The band describes the first twelve songs as ‘major’, meaning being very relevant for their current sound. Three songs are carrying the title ‘minors’, meaning they are the extra’s that should get fans who have all the above mentioned albums in their collection over the line to buy this record as well.

But ,,Spoils Of War’’ has been released before, the orchestral mix does not really add a lot to the original version. ,,What You Say’’ never made it because of time limit vinyl limitations while ,,Plug Me In’’ was only released as a B-side of a single. So in total three little extra’s which is not much if you ask me. As a compilation though ‘Majors & Minors’ hits the target as it is an excellent showcase of what this band has done the last decade or so.