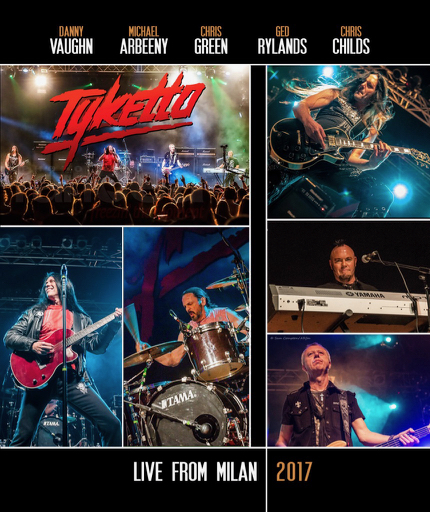 After a really good album in 2016 called ‘Reach’ it was an obvious choice for record label Frontiers to add Tyketto to the line-up of the Frontiers music festival earlier in 2017. It was also obvious to install cameras and microphones to capture this headline show live. What was less obvious was that Tyketto performed their debut album ‘Don’t Come Easy’ from back to front in its entirety but that is what really happened and that is what we are talking about here. It is a bit strange to just perform one song of your latest album (the title track in this case as last encore), the album that needs promotion the most but there you have it. The band and (I presume) the management of the record company decided to do things different. Although I have not seen the images yet the live recordings are flawless as is the performance of the band. What is the most striking conclusion of this release? For me the fact that after all these years the songs from ‘Don’t Come Easy’ still sound fresh and relevant. Sure, it helps if the band plays the songs with enthusiasm and class, which is the case here, but it proves to me that some albums are just timeless and ‘Don’t Come Easy’ is certainly one of them. Danny Vaughn sings the songs with ease and his presentation of them and the way he manages to draw the audience into the performance is a quality that not every front man of a band has. Vaughn has it and shows and explores it backed up by Thunder bassist Chris Childs, Ten keyboardist Ged Rylands, superb guitarist Chris Green and original drummer Michael Arbeeny, who in accordance with the band tradition manages to break something at every show as Vaughn tells us. But it is also a band tradition it seems to come up trumps with every product they release, so yes Tyketto do stick around for another 26 years or so as long as you keep this sort of class and brilliance to the table.