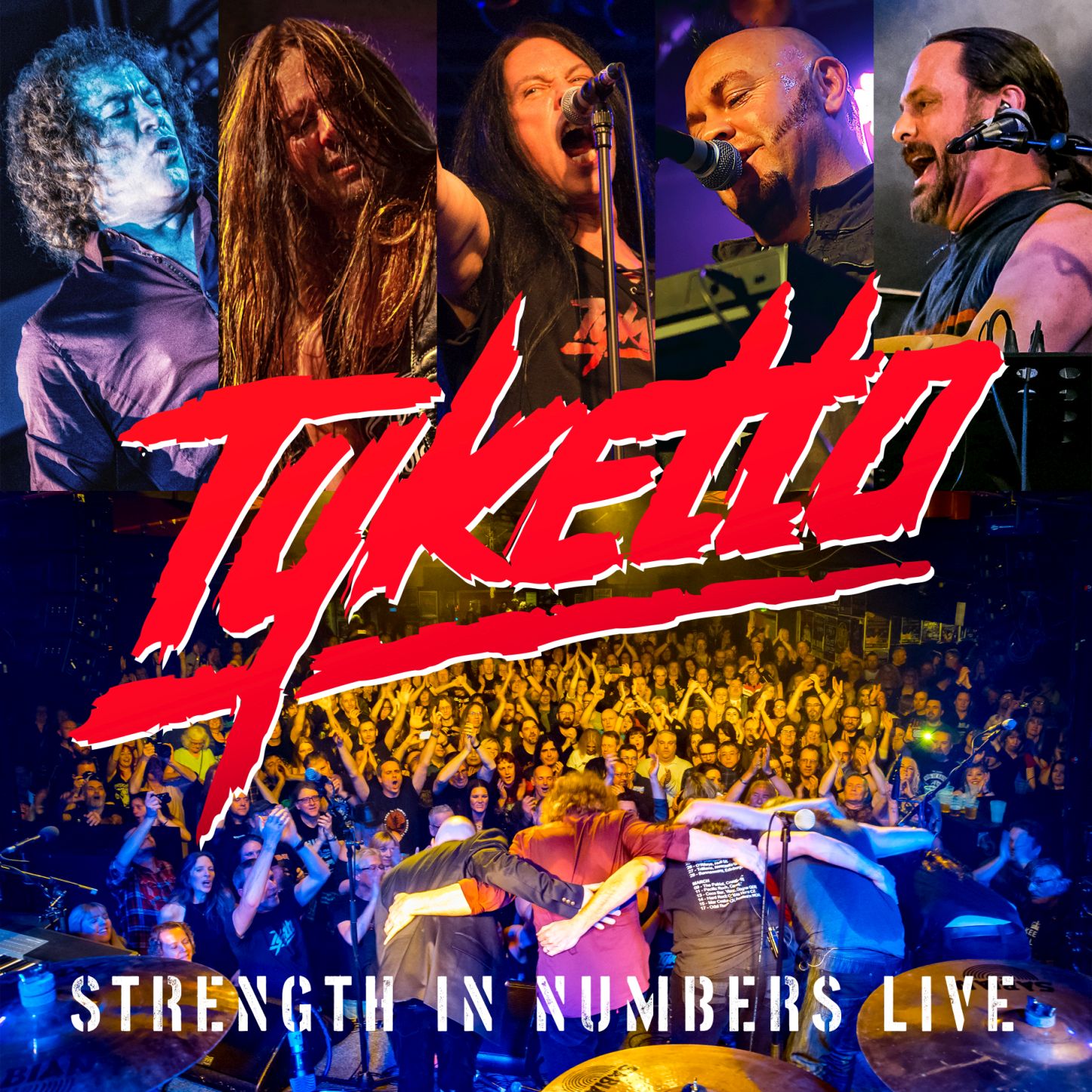 Like they did two years ago with their debut album ‘Don’t Come Easy’ Tyketto repeat it with the follow up album ‘Strength In Numbers’. Playing it live in its entirety because of its 25th anniversary but, contrary to the previous live album, mixing the order of the songs and adding a few bonus tracks. Drummer Michael Clayton Arbeeny and singer Danny Vaughn are the driving forces of the band. In Chris Green they have a great guitarist who delivers razor sharp solos. Keyboardist Ged Rylands adds the details and is responsible for the backing vocals. Relatively new to the band is bass veteran Greg Smith, who played with Alice Cooper, Rainbow, Ted Nugent, to name but a few, and together with Arbeeny he is the solid backbone of Tyketto. However, the person who steals the show is the man with (still) one of the best voices in the melodic genre: Danny Vaughn. His voice is stronger than ever and whether it is the bluesy ,,Why Do You Cry’’, the swinging ,,Rescue Me’’, the laid back ,,The Last Sunset’’ or the title song ,,Strength In Numbers’’ he executes them with ease.  ,,Standing Alone’’ (original on ‘Don’t Come Easy’ but bonus track on ‘Strength In Numbers’) and ,,Wait Forever’’ (bonus track on the Japanese version) complete this live album. Tyketto is a band that never disappoints and so this is ‘Strength In Numbers Live’ can not miss in your collection.