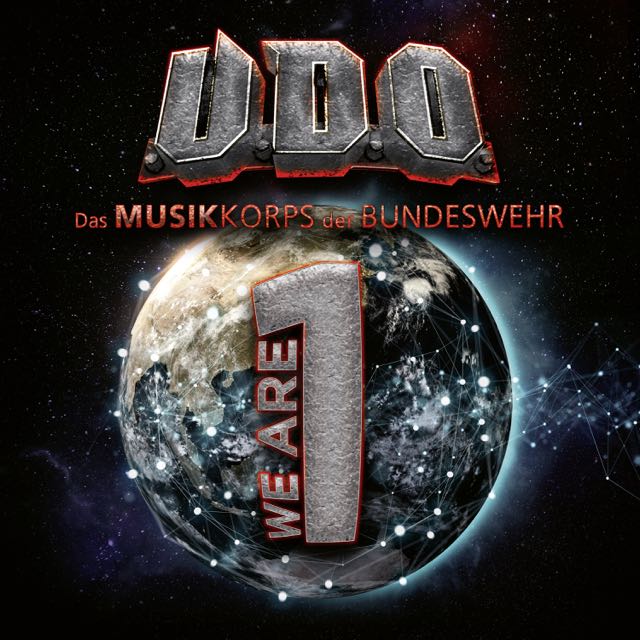 After being in the music business for more than 40 years, the iconic German vocalist Udo Dirkschneider has fulfilled another checkbox on his bucket list. Of course, the whole idea of a metal band, that collaborates with an orchestra is not new. But instead of rearranging & recording a bunch of classic U.D.O. songs, like most bands do, we get 15 brand new tracks specially written for this special occasion. To be honest I did not really know what to expect from this, but damn… this album sounds great.

Udo, his band & official Concert Band of the German Armed Forces (Musikkorps der Bundeswehr) really went the extra mile for this album. The production sounds crystal clear & Udo developed and arranged all songs together with Christoph Scheibling (Lieutenant Colonel of the Musikkorps). On top of that former Accept colleagues Stefan Kaufmann and Peter Baltes have been part of the songwriting too. As well as the German Armed Forces composers Guido Rennert and Alexander Reuber. To me the record has all the right ingredients a U.D.O. album can have, plus a lot more! Not only can we hear stunning heavy guitar riffs and the raspy voice of Udo, but the superb musicianship of the orchestra and the way the songs are arranged give the songs so much more dimension.
Opening song ,,Pandemonium” starts with a theme that could easily be used in a new Bond movie (Hans Zimmer, beware of Mr. Dirkschneider taking over your business), and as soon as the guitars enter the scene the song turns into a full blown classic heavy metal song. The strength of this and in fact most of the songs on this album, is the combination of the heaviness and classical elements of the orchestration. ,,We Are One” starts with a killer sounding bass line and as soon as the melodic chorus hits in, you will have a hard time to erase it from your mind for the next hours to come. The clever use of the choir and the sometimes Celtic elements give the songs a fresh and tasty flavour. Even without the orchestra most of the songs would be excellent heavy metal hymns. But the arrangements and orchestra are adding the mustard to the dish.
Personally I can only celebrate the fact that it is very noticeable that the band and the orchestra have a big admiration for what they do and add to the music. The way they give room to each other in the songs is outstanding. Udo knows exactly what he wants to hear on this album and it is clearly no ego show. These songs breathe and leave room for everyone that recorded a part on this album.
Giving the lead vocal part to female singer Manuela Markewitz on ,,Blindfold” and sharing vocal duties on ,,Neon Diamond” was a very wise decision as well. This contributes to the diversity of the album even more. And the moment I thought I heard it all, ,,Here We Go Again” kicks in with a very funky groove and Udo rapping its way through the song. A deep bow to this man, who would have expected this!! It certainly wasn’t me.

Besides being a very surprising album, `We Are One’ proves that a man who is in the music business for more than 40 years, does not have to be creatively burnt out. Far from that. I think this is one of the best albums I have ever heard from Udo Dirkschneider, and with that I refer to his work in both Accept & U.D.O. The songs on `We Are One’, are about the different challenges we are currently facing, climate change (,,Future Is The Reason Why”), the worldwide refugee movements (,,Here We Go Again”), `Fridays for Future‘ (,,Children Of The world”) or the pollution of the environment (,,Mother Earth”). With the track ,,Pandemonium”, both parties, U.D.O. as well as the German Armed Forces, also take a clear position against society‘s right wing. The song ,,Rebel Town” is a hymn for a 30 years reunited Germany.
I can see why Udo wanted to make this album, once he had shared the stage with the German Armed Forces in Wacken (2015) as well as the `Navy Metal Night‘ in Tuttlingen (2014), because he must have known this would became a special and relevant one. Fans of U.D.O., Accept who also can appreciate work of for example Ayreon and Avantasia may buy this record on the spot and will not be disappointed.
My personal favs on the album: ,,Pandemonium”, ,,Mother Earth”, ,,Blindfold”, ,,Here We Go Again”, ,,Neon Diamond”, ,,Rebel Town”. I would love to see this collaboration performing the entire album live on stage.