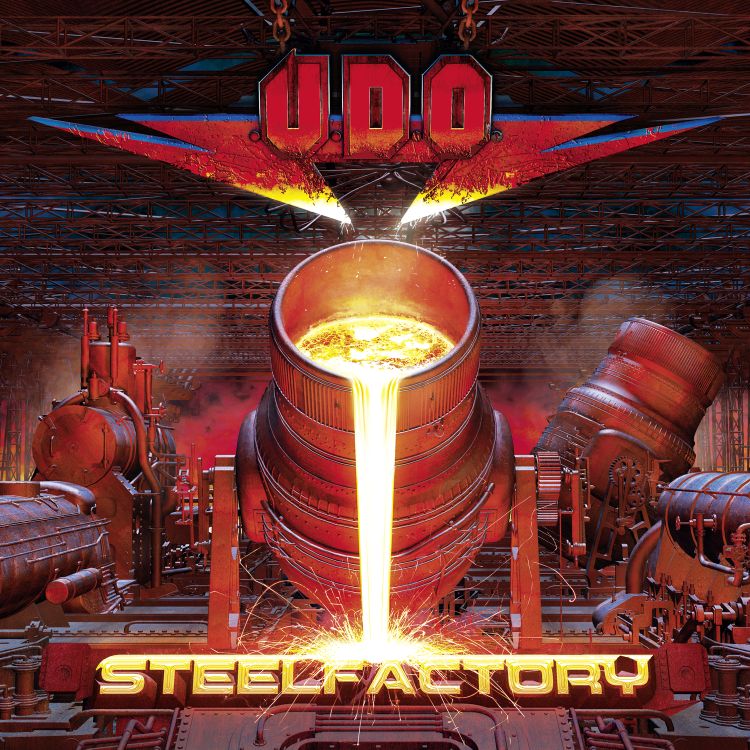 He is a trusted name on the world stage and metal world for something like four decades now. The name is Udo Dirkschneider, a guarantee for solid heavy metal from Solingen, Germany, a man that all these years has followed his own lead, a man that never gave in to musical trends, a man that stayed true to himself and his fans and a man that has created a unique singing style. Udo has the most recognisable voice in metal! ‘Steelfactory’ is another chapter in the career of the man that started out with Accept but closed that chapter off earlier this year with his project Dirkschneider, playing those old songs and recording them live for the last time. It is time for U.D.O. again, the band that has been close to his heart for over 30 years now and that these days features Udo’s son Sven on drums, old compradre Fitty Wienhold on bass and guitar acrobat Andrey Smirnov. All three musicians accompanied Udo also on his farewell to the Accept chapter. Together these guys form a super tight outfit as ‘Steelfactory’ (produced by veteran Jacob Hansen) shows. The recordings are available in various packages with the deluxe edition having some bonus tracks as well. On a musical level you know more or less what U.D.O. has in store. Guitar dominated heavy metal galore! Most songs are fast and furious with tonnes of acrobatic solos and firm riffing from Smirnov, solid pounding rhythms and the man himself displaying all of his singing capacities, sounding angry and determined most of the time but also putting in his typical ‘spoken word’ pieces and in some songs (,,The Way’’) toning it down focussing on a more melodic approach. Critics will say that U.D.O. is just repeating itself and that there is not much difference between ‘Steelfactory’ and other, earlier releases, but I say that that is not completely true. The production of ‘Steelfactory’ is better than ever, this album truly brings out the ‘full Monty’ of U.D.O. with pounding songs like ,,Rising Higher’’, ,,Raise The Game’’ and ,,Make The Move’’ (with Smirnov going completely mad) leading the way and with a subtle track like ,,The Way’’ (I detect some autobiographical lyrics there) as a nice contrast. It is good to have this German metal tank still around!