UGLY KID JOE-Uglier Than They Used Ta Be 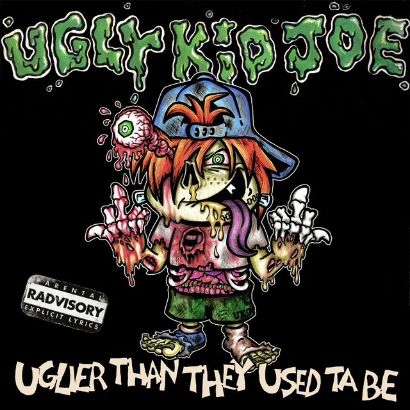 UGLY KID JOE-Uglier Than They Used Ta Be

Nineteen years after their previous album original singer Whitfield Crane and guitarist Klaus Eichstadt entered the studio to come out with `Uglier Than They Used Ta Be’, which is only their forth full length cd since 1992´s `America´s Least Wanted’. ,,Hell Ain’t Hard To Find’’ opens the album with old fashioned UKJ, catchy radio friendly rock. ,,Let The Record Play’’ has a cool riff and, because of the layered vocals, reminds a bit of Alice In Chains. The two ballads ,,Mirror Of The Man’’ and ,,Nothing Ever Changes’’ show that Crane also handles that very well. It already was on their setlist but now also on album they covered ,,Ace Of Spades’’ with a special appearance by Motörhead guitarist Phil Campbell who also helps out on the sarcastic ,,My Old Man’’ (with a slower played Slayer riff?) and ,,Under The Bottom’’ which changes from a slow laidback song into a catchy rocker. The album closes with yet another (acoustic) ballad ,,The Enemy’’ which in my opinion is one too many although they speed it up a bit towards the end but I would like to say: Ugly Kid Joe is back, better than they used ta be, especially because as a bonus they recorded  Rare Earth’s ,,Papa Was A Rolling Stone’’ UKJ-style.