V1-Armageddon: End Of The Beginning 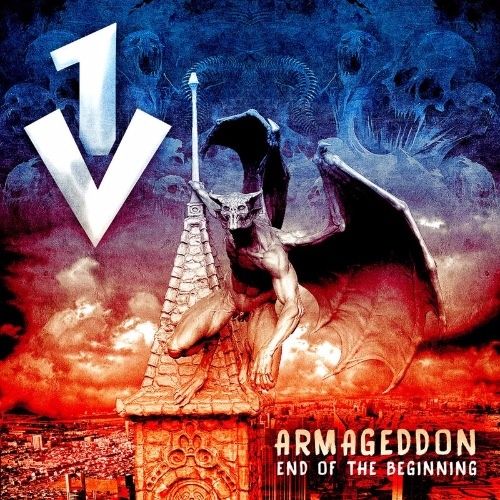 V1-Armageddon: End Of The Beginning

Singer Dennis Wilcox of English band V1 was around 1975 involved in the very first days that Iron Maiden was being formed by Steve Harris. Guitarist Terry Wapram also had a brief spell in that now world famous band (the first years of Iron Maiden was a coming and going of musicians). Around 1978 both guys started V1 but I can’t recall any music of them. Now they are back with a new line-up and a CD as well. Completing the band these days are drummer Gareth Dylan Smith and bassist Dwight Wharton. Judging on this record I just can’t believe that Dennis Wilcox can be associated with Iron Maiden. Sorry, but the guy has an awful voice. Steve Harris must have chucked him out of Iron Maiden in a very early stage. His singing is far below par and it just ruins the complete record. V1 stand for melodic heavy rock with killer riffs, so they say, but I am telling you people, you deserve a statue if you are capable of sitting out this CD with twelve songs without going mad. Guitarist Wapram has some nice ideas and solos but that is it. This band has done nobody a favour by coming out of retirement. Now where is that first Iron Maiden record with Paul Di’Anno again? Need to go and play that in order to get over this failure.