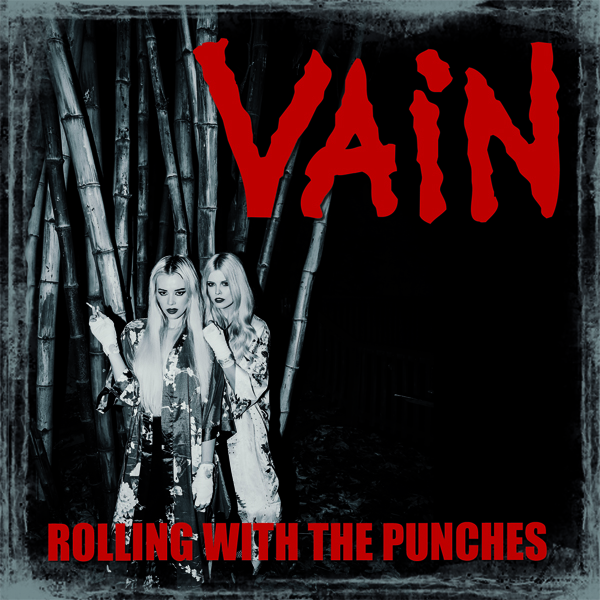 This album has been on my wish list for close to a year now. From the first album ‘No Respect’ (1989) I have been following Davy Vain (who is from Dutch descent and related to Lana Lane) and his band. The last album ‘Enough Rope’ was released in 2011 and since that time it has been a bit quiet. Not strange if you look at the career of Vain as there were always quite some years in between albums. For one reason or another the release of ‘Rolling With The Punches’ was postponed a few times, but finally the wait is over. Was the album worth the wait? Yep, for sure. When the band started out some 30 years ago Vain was soon classified as a hair metal/glam rock band, but the music has always been pure hard rock with Davy’s voice being the focus point. I have said it a few times: you either love his voice or you hate it. He sounds like nobody else I ever heard and that makes Vain stand out from all those glam rockers. But there is more. There is also that hard and crunchy guitar sound that Danny West and James Scott have created which gives the band quite a unique trademark as well. Vain produces pure hard rock, played with a punky attitude and looking a bit glam. Those ingredients are also coming up trumps on ‘Rolling With The Punches’. The CD is stocked with ten hard rocking tracks, has a shitload of melody, is goddamn energetic and packed with guitar acrobatics. This is rock and roll in its purest and perhaps even most simple form, but it packs a punch like every Vain album has done in the past. I am a happy little toddler!