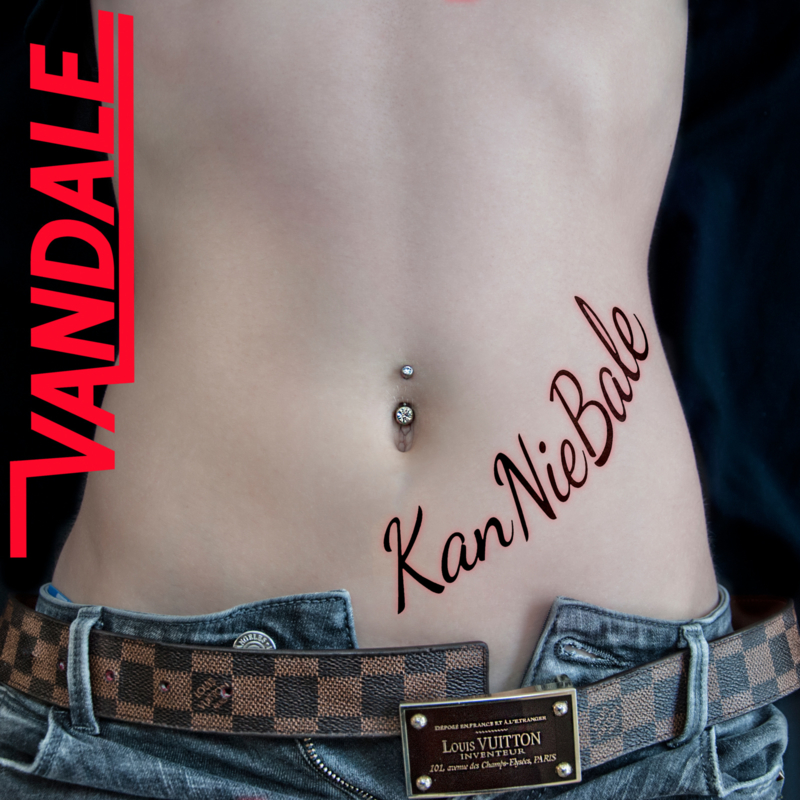 Vandale is a Dutch hard rock band that sings in the Dutch language. Let the fact that you might not understand what vocalist Bert van Klaveren is singing don’t scare you off. The music on their third official CD (their first CD ‘Schandale’ hails from 1981, their second ‘Stale Verhale’ from 1982, the third called ‘Fatale Ideale’ never was released) is just magnificent. So Vandale, with original members Eddy Bopp (guitar) and Bert van Klaveren is finally back. They reunited a few times in the past decades but the latest one finally brings a result in the form of ‘KanNieBale’. In the early days Vandale was one of the most popular bands in The Netherlands together with Picture, Vandenberg, Highway Chile, Vengeance and Helloïse. Their manager at the time Loe Beerens was a talented photographer and journalist who wrote the lyrics for the band. The songs were about everyday things, had humour but were also critical about society. All these years later their lyrical topics are still about daily things in life but some songs go very deep and are emotional like for instance ,,Pa’’. In every boy’s life his father is most likely his role model. This song is about the emotions in a person when that role model suddenly is not there anymore and what it can do to and with the one staying behind wondering what to do, stricken with grief, proud of his father and making sure he lives on in his memory and in his daily life. ,,Pa’’ has been elected as the first single of the album. A clip was made for it and to promote the single to radio stations the band even spent a day in the train travelling to all the main railway stations in The Netherlands like The Hague, Rotterdam and Arnhem to sing their song live to passengers who did not know what hit them! A unique way to promote yourself I guess but the boys from Vandale have always been in for something crazy. In the early eighties I saw them very often live and travelled with them, yes, maybe someday somebody should write a book about it (remember that Fiat Panda and the Veronica girls mister Bopp or that legendary two headliners tour with Picture)! In April this year when I was in my native country The Netherlands I managed to meet up with Bert and Eddy in Eddy’s studio in Sittard where the CD was recorded. For Eddy this release must come as a blessing and a big relief. He has worked hard on the songs, the production, mixing, mastering, he told me at the time that it was time to let go. But then the record company decided to release a single first and postpone the release date of the CD a bit. I believe Eddy was not happy with that at all. The band took the time to record an extra song that has been added to the CD (,,Stilte Voor De Storm’’) and there were some new mixes made of ,,Pa’’, the single mix also being included on the CD that has twelve tracks now. Eddy also said to me that I should listen to the CD with a headphone on to discover all the details and sounds that had been put in the final result and he was right. Listening to this CD with a headphone on is nothing more than a magical roller coaster ride through something like Disneyland (or to stay in The Netherlands amusement park De Efteling). The band (consisting of Eddy and Bert, guitarist Freek Bos, bassist Anton Masius and drummer Eddie Claessens) sounds more adventurous and determined than ever. The bulk of the CD is still being dominated by massive heavy rockers like ,,Vecht’’, ,,Zondebok’’, ,,Perfecte Dag’’ and ,,Stilte Voor De Storm’’, with melodic twin guitars, accessible choruses (with some songs you can’t help yourself, you just sing along) and a rhythm section that is full of power and versatility. Some songs are short and to the point (,,Zondebok’’), others a bit longer and more challenging like for instance ,,Pa’’, that features some different instruments as well as perfectly worked out vocal arrangements. One of the first songs that I heard long before the release of this CD is ,,Betale’’. I am happy it is included on the album. It has a great lyric about money in general and the fact that just everything in life costs money and it can drive people to the edge. Again a fierce, emotional and hard edged song as there are many more on this record. Vandale should be proud of this CD, it is a shining jewel, a diamond in the rough. And like I said, you might not be able to understand the lyrics. It does not really matter, just let the music do the talking and you’ll be right!