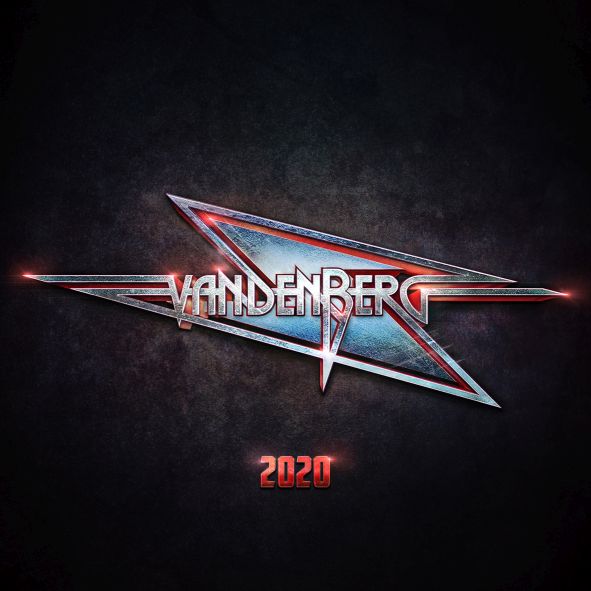 A little while ago Dutch guitarist Adrian Vandenberg announced that his band Vandenberg’s MoonKings after releasing three albums would be put on ice as he had other plans. What would those plans be? I had the suspicion (or was it hope?) that he would possibly work again with singer Ron Young from Little Caesar with whom Adrian recorded that outstanding Manic Eden album. Well, when Adrian let the cat out of the bag it became clear that he had formed a new line-up of Vandenberg, the band that acclaimed international fame with the albums ‘Vandenberg’, ‘Heading For A Storm’ and ‘Alibi’ in the eighties before Adrian joined Whitesnake for a period of time. It also became quite clear that the new Vandenberg line-up would be quite different than before. There was no room for singer Bert Heerink, drummer Jos Zoomer or bass player Dick Kemper. They had started on a law suit against Adrian some years ago when he launched a little project under his own name. They tried to forbid him to do anything under his own name. It went to court and the judge ruled that Adrian had all the right in the world to use his own name for his own purposes. So that is possibly the main reason that there is a brand new band around the guitarist. The first one that Adrian recruited was vocalist Ronnie Romero, who has made quite a name for himself the last five years or so with bands and projects like Lords Of Black, CoreLeoni, The Ferrymen, Destinia, Michael Schenker Fest and most of all being the vocalist for Rainbow. As soon as Romero made a commitment Adrian started writing songs that would be perfect for the specific qualities that the singer brings to the table. The recordings took place in Los Angeles where Adrian reconnected with his good friend and former Whitesnake and Manic Eden bass player Rudy Sarzo while Brian Tichy (Silverthorne, The Dead Daisies, Lynch Mob and many others) played drums. As Brian and Rudy were not available for future touring activities Tank bass man Randy van der Elsen and drummer Koen Herfst (Both Dutch musicians) were recruited for that purpose although touring plans will most definitely have been disrupted because of that terrible virus that holds the whole world in a lockdown. Surprisingly enough Adrian did not do the production of ‘2020’ (as the album is titled) himself, but veteran Bob Marlette took the lead, a man that worked with The Burns Sisters, Ozzy Osbourne, Alice Cooper, Airbourne, Anvil, Black Sabbath, Black Stone Cherry and so many others. Whatever you want to say about ‘2020’, nobody can deny that the sound is immaculate. When the band launched a remake of the Vandenberg hit ,,Burning Heart’’ I already saw some reactions that Bert Heerink was missed. What a load of f…. bullshit. This is a new band, with different musicians and with a much harder and director approach than the original band. You just can’t compare this new stuff with something that was done 35 years ago. That was then and this is now! Vandenberg is a hard rocking outfit now, with Adrian letting his fingers do the talking on the guitar. Yes, it has a certain Whitesnake feel about it, but this is better than the latest Whitesnake album and don’t forget how much influence Vandenberg had in that band for the time he was there playing with people like Sarzo, Denny Carmassi and Steve Vai. And when you have a power voice like Ronnie Romero at your disposal with his reach, strength, force and melody you are almost obliged to write songs with balls, crunch, tempo and stamina. Exactly that is what ‘2020’ has to offer, a modern sounding hard yet very melodic rock album that might not set new standards but is more than good enough to compete with any album in the same genre out there. You even can’t compare this with his MoonKings period, this is a different chapter one that is going to take this band to new heights if Adrian manages to keep Romero on board that is. Because these two musicians form a deadly and most effective combination as you can discover for yourself when songs like ,,Freight Train’’, ,,Shitstorm’’, ,,Ride Like The Wind’’, ,,Hell And High Water’’ (what a monster riff this song is based on) or ,,Shout’’ blast though your speakers. And I also like the new version of ,,Burning Heart’’, a tiny bit slower perhaps in comparison with the original version, but the song has stood the test of time. And Adrian Vandenberg has stood the test of time as well by playing like a young God on ‘2020’. Vandenberg is back and you better take notice!