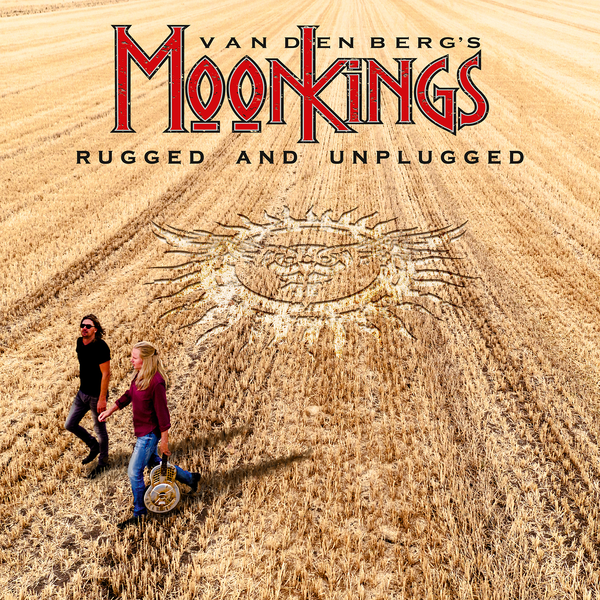 December 3, 2018 by Michel van de Moosdijk - More about our team

A few weeks ago there was a documentary on Dutch TV about the remarkable career of guitarist Adrian Vandenberg, basically one of the few Dutch rock musicians that made it on an international level. With his own band Vandenberg he was very successful, his fantastic project Manic Eden with Little Caesar singer Ron Young was well liked but Adrian really became known worldwide with his involvement with Whitesnake and his lifelong friendship with Whitesnake boss David Coverdale. In the documentary people like Coverdale and former Whitesnake co-guitarist Steve Vai spoke with the upmost respect about Adrian who not only is a fine musician and human being but also a great graphic designer/art painter (his original profession). All the Vandenberg album covers and designs were manufactured by himself. The last five years or so he has a new band called Vandenberg’s Moonkings. Two fine rock albums were released so far. Adrian selected three unknown musicians around him including singer Jan Hoving, in daily life a farmer with his own farm. On the first Moonkings CD Jan Hoving reminded me so much of Zeppelin’s Robert Plant that I thought that Robert must have had a one night stand with a Dutch girl many years ago of which Jan Hoving became the result, inheriting the bulk of Robert Plant’s vocal pipes. But on the second CD Jan more or less was able to develop his own identity a bit more. At the moment this eight track unplugged CD ‘Rugged And Unplugged’ is getting a lot of attention. Jan and Adrian have already appeared a few times on Dutch TV shows performing songs of that album. It is a real joy to listen to this record. The only critical remark I can make is that with a playing time of 27 minutes only it is a bit on the short side. I mean if you decide to strip Vandenberg’s biggest hit ,,Burning Heart’’ down to the bone why not also tackle another classic of that band like for instance ,,Different Worlds’’, a song that would have fitted perfectly on this CD. As for the rest, nothing but praise. Adrian and Jan prove that with a voice and an acoustic guitar the bare essence of music can be displayed and played to perfection. Obviously the bulk of the songs are coming from the first two Moonkings albums with ,,Sailing Ships’’ (sung by Coverdale on the first Moonkings CD), ,,Walk Away’’, ,,Breathing’’ and ,,What Doesn’t Kill You’’ as pure highlights. Also ,,Burning Heart’’ sounds out of this world and I especially like Jan’s approach towards this song. He has made it his own! Whether the songs are stripped down of fully ‘dressed’ up, Adrian Vandenberg and his group deliver the goods. A CD with lots of integrity, subtleness and class, a real treat to the ears.