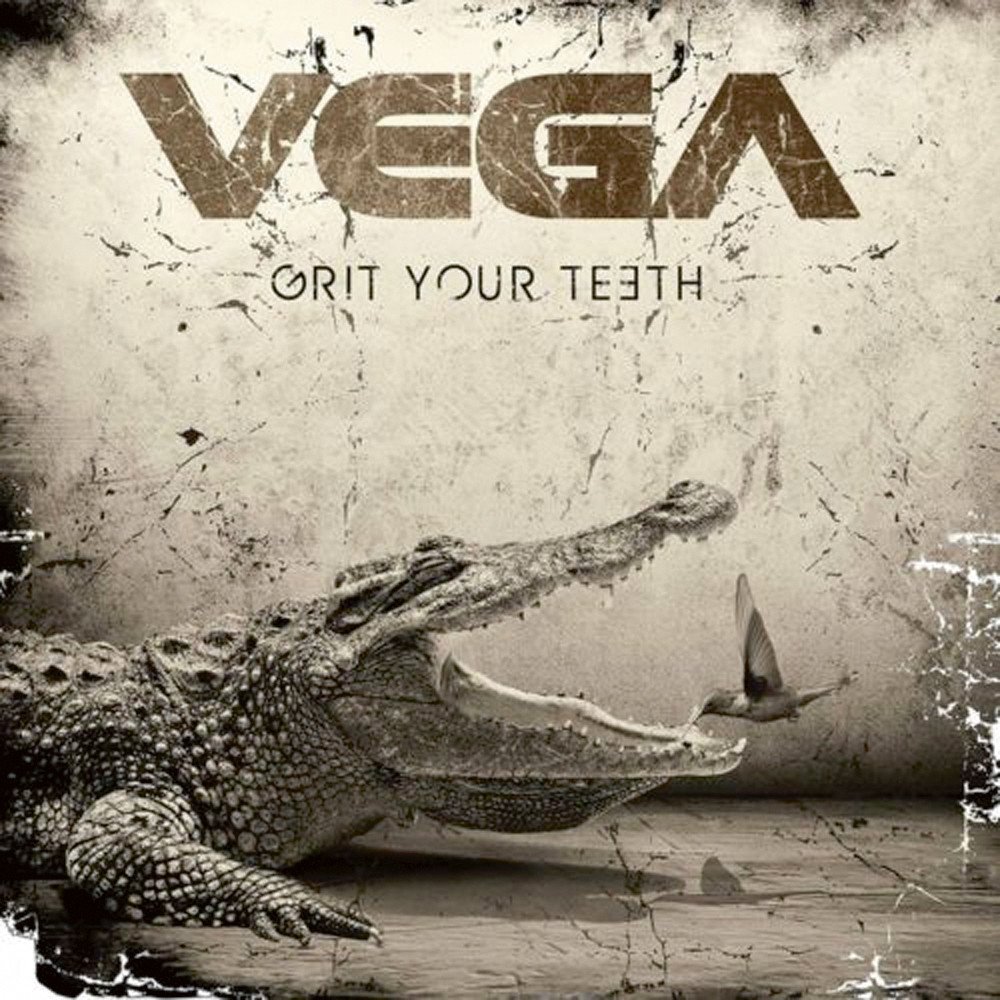 English rockers Vega present their sixth album entitled ‘Grit Your Teeth’. Slowly but surely Vega has adapted their style by becoming a bit heavier and less AOR orientated each album and with the addition of second guitarist Mikey Kew for their 2018 album ‘Only Human’ the band around singer Nick Workman and the brothers Tom (bass) and James Martin (keys) already sounded a lot heavier. That more or less natural progression has continued on ‘Grit Your Teeth’ with a as for Vega usual beautiful cover concept. A few spins of the eleven songs on ‘Grit Your Teeth’ make things very clear. Vega has not lost any of their melodic touch, but the songs have more grit, are more than ever guitar dominated and singer Nick Workman also progressed by adding a lot more power to his singing. Opener ,,Blind’’ already half tells the story. It is a kick ass hard rocker with the band immediately going full throttle. Basically the whole album is filled with up-tempo heavy rock songs that still have some of the old Vega features (,,Consequence Of Having A Heart’’, ,,Battles Ain’t A War’’) but the material is now played with a more ‘knock ‘m dead kid’ feel. If you have been following the career of this band like I have you can’t help but notice these subtle and now even more robust changes in their style and sound. Because of the voice of Workman and the at times really breath taking background choirs it still connects at certain moments with the older stuff. The way the main composers (the Martin brothers and Workman) have gelled through the years has been an interesting thing to follow. The difference between the first three records and ‘Grit Your Teeth’ is quite huge now but the familiarity has always remained. It might be that for the fans of the old days Vega has changed too much and moved away too far from their silky AOR sound (which I always loved, don’t make a mistake about that) but ‘Grit Your Teeth’ is an album that leaves no doubt for the conclusion that Vega has become a classy heavy rock act. Listen to songs like ,,Don’t Fool Yourself’’, ,,Man On A Mission’’, the title track or ,,(I Don’t Need) Perfection’’ and you’ll find a modern sounding melodic heavy rock band with dynamic arrangements and a very big and bright sound. A not to be ignored album!