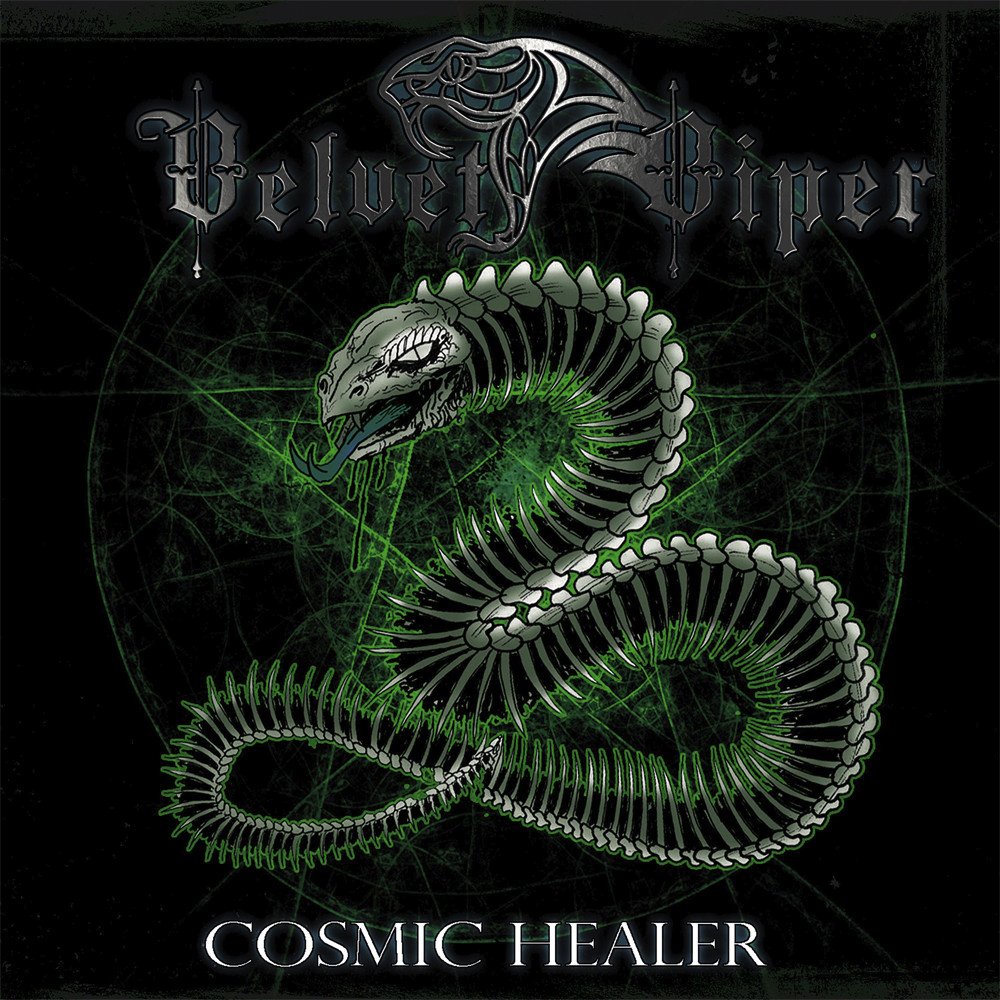 ‘Cosmic Healer’ is the fifth album by German melodic metal formation Velvet Viper, being led by the charismatic female singer Jutta Weinhold, who you might know from her past with the group Zed Yago. In fact not so long ago two Zed Yago records including ‘From Over Yonder’ were re-released under the banner of Velvet Viper. But ‘Cosmic Healer’ is a new chapter, produced by their guitarist Holger Marx with guest roles on keyboards for Janine Schouten and Ferdy Doernberg, for years a side-kick of Axel Rudi Pell. Their contributions are waved into the overall sound giving ‘Cosmic Healer’ some extra depth and colour. In fact the music of Velvet Viper is in a way a logical continuation of the Zed Yago era with thoughtful lyrics with a theme and the slight theatrical musical approach. But it is also because of the voice of Jutta Weinhold. This lady has been active for many decades now, has done theatrical things like Jesus Christ Superstar, acting, solo-albums and band albums with Zed Yago, Jutta Weinhold Band and Velvet Viper. She is 73 years young and still full of life and energy as you can hear for yourself on the eleven songs on ‘Cosmic Healer’. Especially the first part of the album is pretty strong with ,,Holy Snake Mother’’, the title track ,,Cosmic Healer’’, ,,Let Metal Be Your Master’’ (with some very cool keys in the back ground), ,,Voice Of An Anarchist’’  (the hardest song on the whole album) and opener ,,Sword Sister’’ leading the way. But Velvet Viper does not manage to keep that level up for the whole album as some songs are on the mediocre side but the band does enough on those songs to avoid a big dip in quality. I must admit that I admire Jutta for staying so active in the German rock and metal scene for all this time and with a bunch of relevant songs and lyrics to contribute.