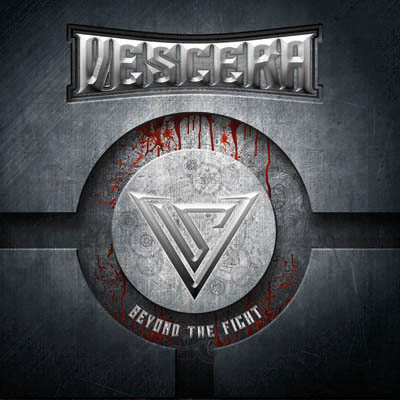 If you claim to be into power metal, you should be familiar with the name Michael Vescera. This singer and producer first came to the scene with the band Obsession around 1984 (most known album perhaps ‘Marshall Law’), he sang with Japanese band Loudness, sang a few years in the band of Yngwie Malmsteen, had his own Mike Vescera Project (at least four albums released), sang on a Roland Grapow (Masterplan) CD and has been involved in many other projects and productions. A veteran in the business who has gained a solid reputation. Now he is back with a new band ready for some more good old fashioned US power metal, because that is what ‘Beyond The Fight’ has to offer us. Mike still sounds powerful with his high pitched voice, it is as time has been standing still for the singer on this CD that could have been released some 25 years ago. It just shows that there is still a need for bands like Vicious Rumors, Helstar, Chastain or Testament and Exodus. The music of Vescera has more similarities with Helstar and Vicious Rumors, who also delivered pounding metal on their latest releases. ‘Beyond The Fight’ is a real onslaught, the band just does not let up an inch on this one. Guitarist Mike Petrone has some cool riffs on offer and the rhythm section keeps up the pace, leaving all the room Michael Vescera needs to deliver his vocal message. It is just a short CD (not even 38 minutes in total) but is filled with pure metal that once ruled the world. For the people that like it hard, loud, fast and feel a bit nostalgic as well, ‘Beyond The Fight’ might just be the adrenaline kick you are looking for!