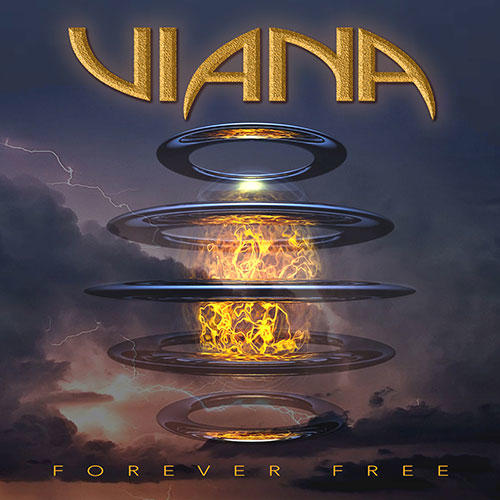 Italian guitarist Stefano Viana released his first CD in 2017 with Alessandro Del Vecchio on lead vocals. We have mentioned the name of Alessandro many times in this albums section as he is a staff producer/song writer for Frontiers Records involved in the bulk of the releases from that label the last couple of years. For ‘Forever Free’ he did the mixing and mastering but the singing was for this release in the very capable hands of American Bryan Cole who recently quit the band Steel City and is expected to release his second solo-album later this year. When you look at the list of people involved on these recordings it becomes very clear that Stefano Viana has gone through a lot of effort. He involved Terry Brock (Giant/Strangeways) overseeing the production of the vocals while lending his voice for a duet and background choir vocal duties, while Bryan Cole and Stefano himself produced the music with mister Del Vecchio as mixer. All these efforts and inclusion of experienced people (also guitarist John Roth (Winger) contributed some solos) has worked well for ‘Forever Free’. It is a very mature melodic rock record with a professional sound and exquisite vocals. Bryan Cole is very impressive and the background choirs are smooth and well worked out. No complaints so far. Maybe not all songs have the same strength but there are not really any fillers to be detected either. It is of course hard to sound original these days and it is not so that ‘Forever Free’ is setting new standards. But with songs like ,,Who Do You Think You Are’’, ,,Heart Of Stone’’, ,,Forever Free’’ and the ballad ,,Do You Remember’’ (duet between Brock and Cole, a vocal highlight indeed) this record has enough class, stamina and variety to please a large amount of melodic rockers.