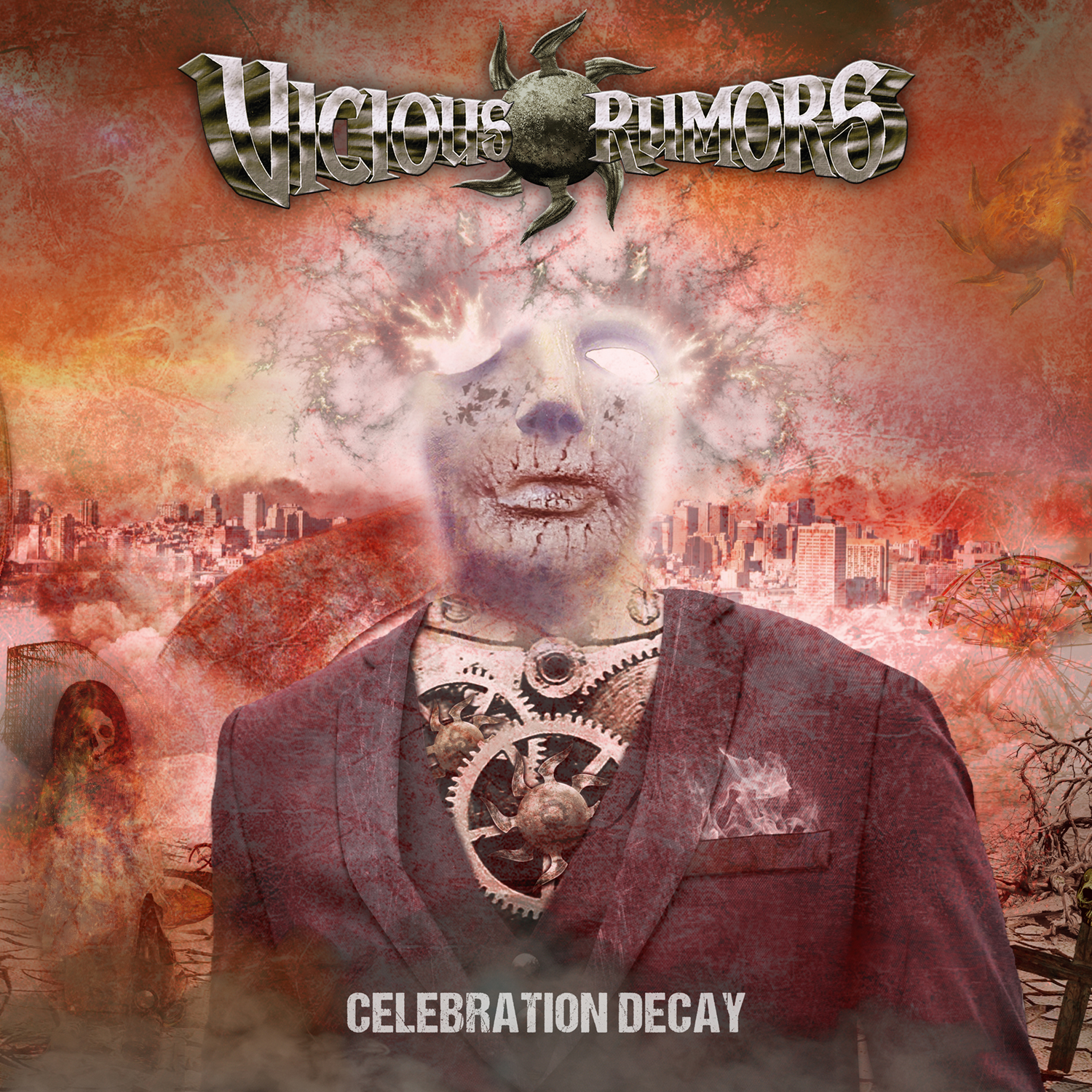 If any cult bands come to mind then Vicious Rumors is certainly one of the best, as this heavy metal band from the Bay Area has been around now for more than 40 years. The band’s mastermind Geoff Thorpe is as driven as always and their 13th studio album called ‘Celebration Decay’ is a metal masterpiece in the veins of their classic must have album ‘Digital Dictator’, which dates from 1988!!

This new album contains 11 new tracks and all the songs are very dynamic, filled with lots of energy, power and most of all truly amazing top-notch guitar work. Of course we knew that Thorpe can play some mean guitar, but newcomer Gunnar Dugrey is the perfect man to add some extra guitar dimensions to the “brutal” sound of this album. Old “member” Cody Green plays two ferocious guitar solos on this album as well, as you can hear him shine in ,,Any Last Words” and ,,Long Way Home”. Another newcomer on this album also makes his mark here; vocalist Nick Courtney, really delivers the metal goods here, just check out ,,Pulse Of The Dead” and you will catch my drift. Most of the new songs such as: ,,Pulse Of The Dead”, ,,Arrival Of Desolation”, ,,Death Eternal” and ,,Collision Course Disaster”, are real classic Vicious Rumors stuff, meaning: aggressive, loud, fast, guitars galore and I would say a blend of Metal Church, Testament and Annihilator influences! The title track is THE perfect opener for this album, as it really kicks you in the teeth with very fast hooks/riffs and amazing vocals; really a song that you have to play very LOUD! Other highlights on this album would be the super guitar solos by Green, ,,Death Eternal”, featuring amazing twin guitars and high pitched screaming and the longest song being ,,Arrival Of Desolation”, featuring a galloping tempo with lots of twin guitar riffs and melodies. So, for the die-hard fans of VC this is a must have album and for those who only liked ‘Digital Dictator’, this is also a must have album. Vicious Rumors cannot be ignored with this great “trash” (power) metal album; looking forward to see and hear them in The Oefenbunker in The Netherlands on 14 November!!