VOLA-Applause Of A Distant Crowd 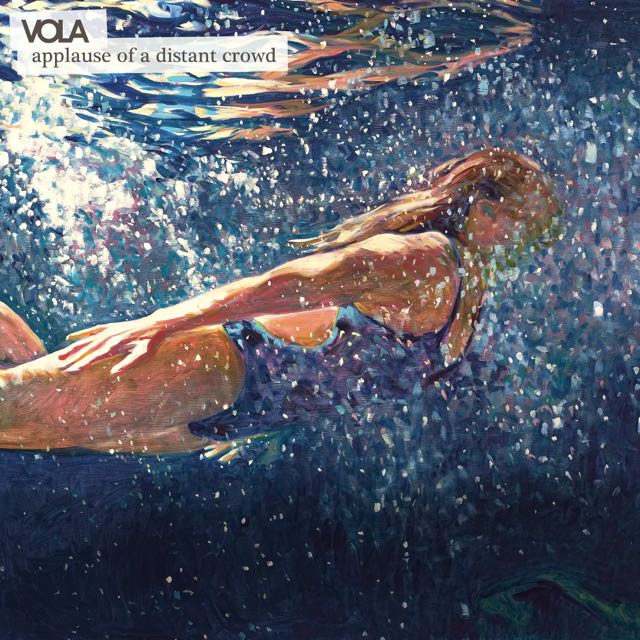 VOLA-Applause Of A Distant Crowd

The Danish Progressive Rock quartet Vola [which means ‘flying’ in Italian] caused quite a stir a few years ago with the release of their debut album ‘Inmazes’. Mainly due to the frequent use of down-tuned guitars and chopping riffs, the band was [undeservedly!] put away as a ‘djent’ orientated Progressive Metal band with some industrial and poppy undertones on the side. It is not strange that back then comparisons were quickly made to bands such as Meshuggah, Devin Townsend, Porcupine Tree and even Depeche Mode to define Vola’s sound. The recently released sophomore album ‘Applause Of A Distant Crowd’ proves that this so-called ‘djent’ definition no longer applies to the overall current sound of Vola. The heavy, down tuned guitar riffs are toned down in favour of a much brighter production with more emphasis on the synths and strong, beautiful vocal melodies. I welcome this slight shift in Vola’s musical style wholeheartedly, because we now get a much more varied, accessible and a [in my humble opinion] less “tiresome” album to listen to. The listener is already two songs into the album when Vola finally unleashes some heavy ‘djent’ riffs upon him or her with the song ,,Smartfriend’’. The impact of those crunchy, heavy riffs sound so much stronger due to the high contrast of the poppier and mellower songs ,,Ghosts’’ and ,,Ruby Pool’’ in which this song is sandwiched. With musical styles going everywhere, Vola yet manage to maintain a coherent and distinctive sound on this album of which these three songs are a prime example of. You can safely say that VOLA has its own sound and that is quite an accomplishment and a merit that is increasingly rare nowadays. Make no mistake, this is Progressive Rock in every sense of the word! As with many Progressive Rock albums, there is a concept or an underlying theme throughout the album and ‘Applause Of A Distant Crowd’ is no exception to this. The album touches on the theme of how our modern society “communicate” with each other and how most of the people represent themselves on social media in a much too flattering way that is hardly in proportion with reality. This conceptual theme runs loosely through this album and provides us with some thought provoking thoughts on our contemporary society. I certainly don’t want to leave the beautiful voice of Asger Mygind [who also produced this album] unmentioned. Asger is blessed with a versatile, easy-to-listen voice that perfectly fits to the eclectic nature of this album. Vola’s ‘Applause Of A Distant Crowd’ has all the needy ingredients to end up very high in my ‘favorite albums of 2018’ list.
Highly Recommended!