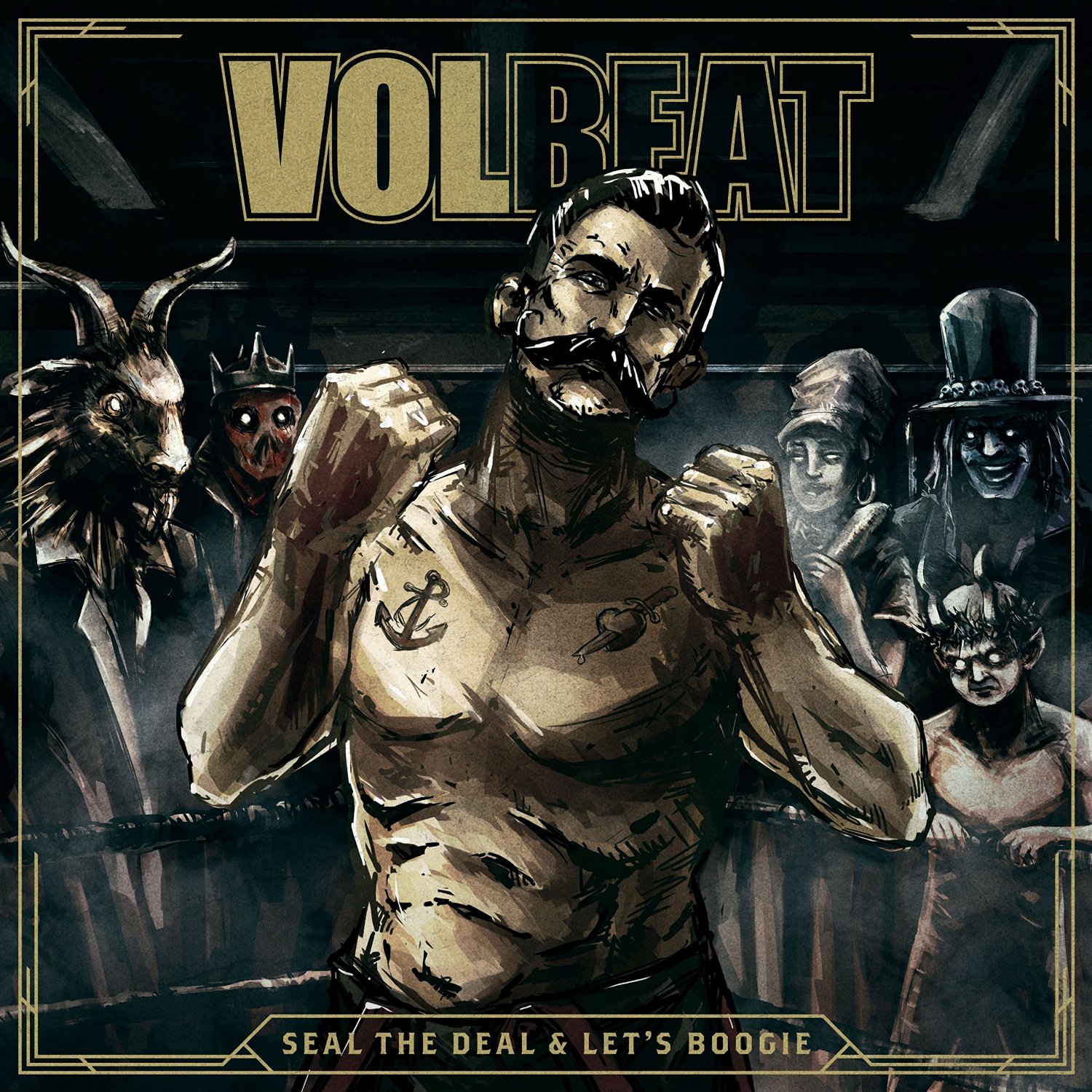 Danish outfit Volbeat has been hanging around for a period of eleven years and has in that time delivered six albums including this new one. I am not so familiar with their former records but judging on what I have heard on this one with fourteen tracks I will for sure check out some of their old stock. Their mix of rock, blues, boogie and metal is without a doubt interesting and very entertaining. Singer/guitarist Michael Poulsen has a pleasant voice, the songs are swinging along and most of them have a firm beat and pace to it (title track and ,,Battleship Chains’’). Volbeat is not a band that does difficult things. They just rock on with a lot of grit and enthusiasm and one way or another they manage to make their songs catchy as well. Most of the tracks are quite short but they are to the point. Jacob Hansen was responsible for the powerful and quite crunchy production, so there is not much to complain about this group. They have their shit together. So seal your own deal at your local record dealer and start enjoying Volbeat’s latest effort.