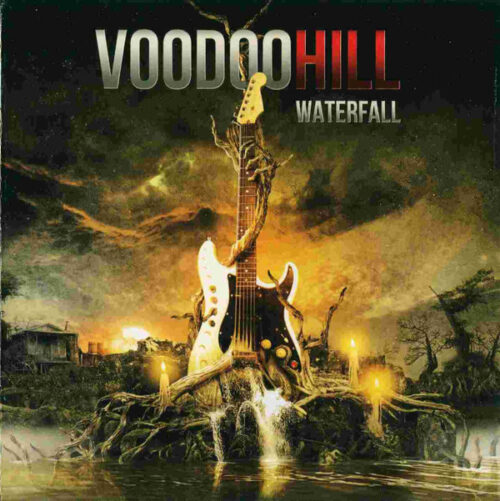 November 5, 2015 by Michel van de Moosdijk - More about our team

It has been a while since Italian guitarist Dario Mollo and vocalist Glenn Hughes have worked together. ‘Waterfall‘ is their third collaboration and as far as I am concerned they should work together more often. Why? The songs that Mollo has written are perfectly suited for Hughes’ powerful voice. It is amazing how this veteran keeps performing. Age does not seem to have any influence on his vocal abilities and endurance. Not so long ago he was touring Europe and South America together with guitarist Doug Aldrich and quite successful too. Fans of classic heavy rock should, no must, listen to these tracks.

They have got power, melody, great hooks, shredding solos and above all they are sung by ‘The Voice of Rock’. Mollo gathered some Italian musicians around him, all seasoned players, to give the songs a colourful surrounding. In my humble opinion the title track ,,Waterfall’’ sums up what this album is about. It is a beautiful ballad, with a great vocal performance and tasteful instrumentation. Songs like ,,The Well’’, ,,Karma Go’’ and ,,Rattle Shake Bone’’ are more forward, straight hard rocking, with lots of power. Okay, it might not always be original, but with Glenn at the helm it is obvious that you think about his days with Deep Purple, Black Sabbath, Gary Moore and his countless own albums. Dario Mollo has outdone himself as a writer, guitarist and producer. This is a ‘Waterfall’ that you should stand under and get soaking wet….with enjoyment.