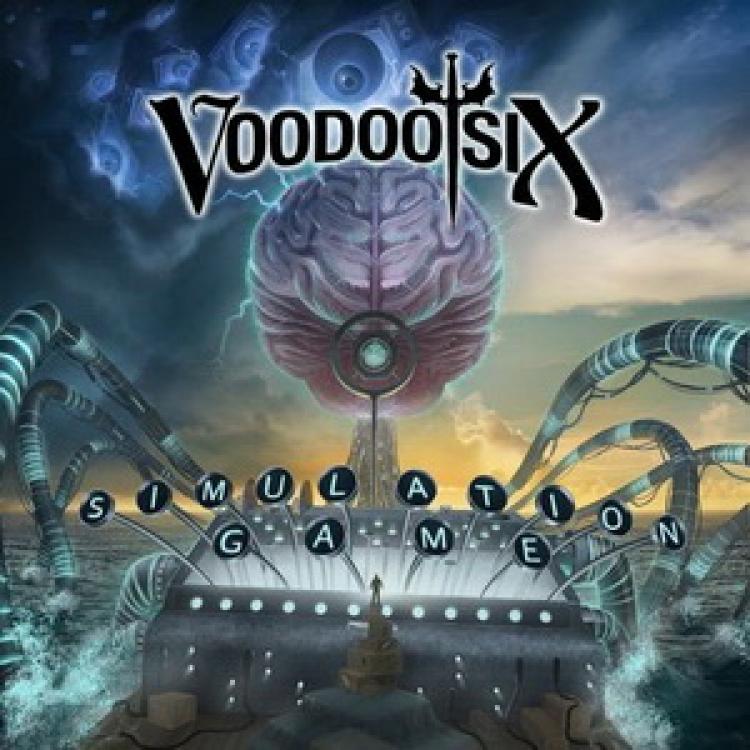 One of the co-founders of London based band Voodoo Six was Richie Faulkner who is now a part of the guitar tandem of Judas Priest. The only founding member left in Voodoo Six is bass player/producer Tony Newton who has been the driving force since 2003. In the seventeen years the band produced (including ‘Simulation Game’) six albums and had quite a lot of changes in the line-up, the latest recruit making his debut on this album being guitarist Tom Gentry. Also singer Nik Taylor-Stoakes is relatively new, this being his second album with Voodoo Six. The whole recording proceedings took place in the Barnyard Studio that is owned by Iron Maiden boss Steve Harris, who as we know is also part of British Lion, a band that was supported by Voodoo Six quite recently. Harris seems to be a fan of the band and in a way I can understand that as these lads have come up with a solid sounding typical British hard rock album. The sound has been kept pretty basic, no fuss, no tricks, just solid musicianship, a good singer and overall decent songs. What I do miss is one or two real stellar songs, tracks that absolutely stand out and pull the album one grade higher. ,,Control’’ with its heavy riff, a cool keyboard sound in the background, razor sharp guitar solo and gritty vocal line is for sure one of the best tracks that ‘Simulation Game’ has to offer. Overall not a bad attempt by these guys. This album does more for me than the latest British Lion album….