WALK ON FIRE-Mind Over Matter 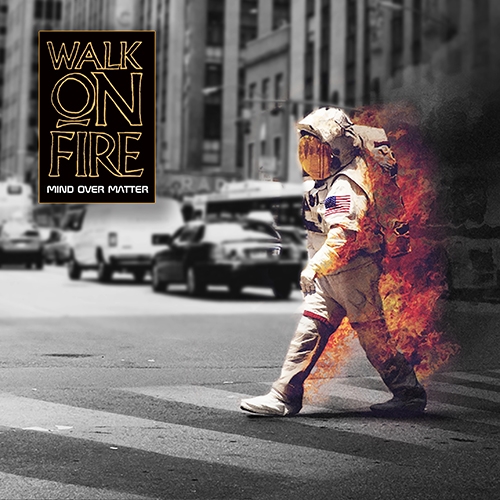 WALK ON FIRE-Mind Over Matter

Walk On Fire is another example of a band that recorded a cracking CD for a major record company and got lost in the shuffle. This UK based outfit made their first CD in 1989 entitled ‘Blind Faith’, got a world wide release, toured extensively, had the manager of The Who Bill Curbishley looking after them and got nowhere. When the band was recording a new CD record company MCA pulled the plug and as the musical climate had changed by then this AOR band could not get a record deal. Keyboardist/guitarist/composer David Cairns kept the masters of that second CD in a good condition and when he was approached by Escape label boss Khalil Turk it was just of matter of time to put everything into gear. I remember that 1989 CD quite well and it is nothing but justified that these songs finally see the light of day. They are just too good to keep them hidden in a dark cupboard. Cairns and singer Alan King have written the bulk of the material. Pure AOR-fans should at least have a listen to this. King is a great vocalist with a voice that reminds me of the time that Michael Bolton was producing decent music. King has that same ‘husky’ voice with a big reach and power. The songs and production are quite smooth overall, although guitarist Michael Caswell (who sadly died in a swimming accident while on holiday in Spain in 2016) has added a lot of great riffs and solos to the melodic mix. The record provides you with a crafted mix between up tempo rockers and more laid back tracks with ,,The Price Of Love’’ (superb ballad) as one of the outstanding tracks. Like I said, great that this second CD of this band whose future was troubled by another major company being asleep on the job and accountants creating financial havoc, is finally released.