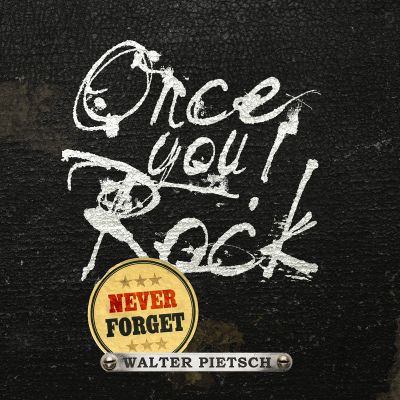 Walter Pietsch was a founding member of the German band Axxis. He was on guitar duty from 1988 until 1998 and recorded more than a handful of records with this melodic rock group that apparently is still around and is planning a new CD for 2017. The band did release some good records as I recall (‘Kingdom Of The Night’, `Axxis II’, ‘Access All Areas’). Pietsch has decided to make a return to rock music after 18 years. I understand that music is in his blood but this is a melodic rock record that will make no impact at all. The songs lack power and above all Pietsch is not a singer, something that he admits himself. His voice is too weak and not versatile enough. I am not saying that ‘Once You Rock, Never Forget’ is a record that should be completely ignored, because it has some decent moments, but that is not enough these days. All boxes have to be ticked these days and that is not the case with this CD.