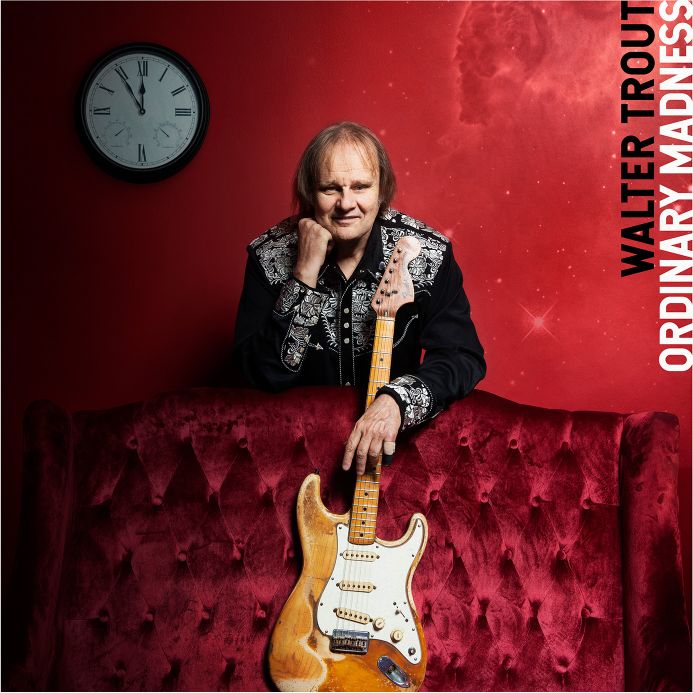 September 8, 2020 by Michel van de Moosdijk - More about our team

For more than three decades now blues rock guitarist/singer/composer Walter Trout is working under his own banner. First as The Walter Trout Band, later under the name Walter Trout and the Radicals but for more than a decade now as just Walter Trout. And the man has never disappointed his fans by doing something stupid. He stuck closely to the blues rock, developed his own signature sound as singer and guitarist and especially after his after ‘Battle Scars’ that he made after a very tricky liver transplant operation he sounds more determined, inspired and above all emotional. ‘Battle Scars’ was an album that was about a period in his life that he thought he was close to the end but finally on the road to recovery he found back his confidence, his voice and his self-esteem. And he has been going forward ever since with two more albums of which ‘Survivor Blues’ is his latest plus relentless touring. Just before the Corona crisis he entered a studio that is being owned by Robbie Krieger (The Doors) and with his band (drummer Michael Leasure, bass player Johnny Grparic and keyboardist Teddy Andreadis) plus Eric Corne at the production helm worked on eleven songs that are featured on ‘Ordinary Madness’. At the tender age of 69 years Walter Trout has found his own little corner in the blues and rock movement where he can do his thing which is playing and singing inspired blues rockers and an occasional ballad, proving that even at his age there is still room for improvement and more depth in the song material. His wailing guitar sound, his emotional voice, the way he knows how to mesmerize his audience with his intensity, the manner in which he slows down or speeds up his guitar and the overall feeling he puts into the songs, it is all present and accounted for on ‘Ordinary Madness’. He can slam it down hard and rough like on ,,OK Boomer’’, he can put a Deep Purple vibe in the song ,,Wanna Dance’’ like it is completely natural or add a psychedelic touch in a song like ,,The Sun Is Going Down’’ while the title track that opens the album is an intriguing mix of emotion and intensity wrapped in a slow paced blues jacket while songs like ,,Heartland’’ and ,,All Out Of Tears’’ are also small highlights on an album that actually has no fillers or doubtful songs at all. Trout and his boys have delivered the complete package with ‘Ordinary Madness’, they surely have.