WAR OF THRONES-Conflict In Creation 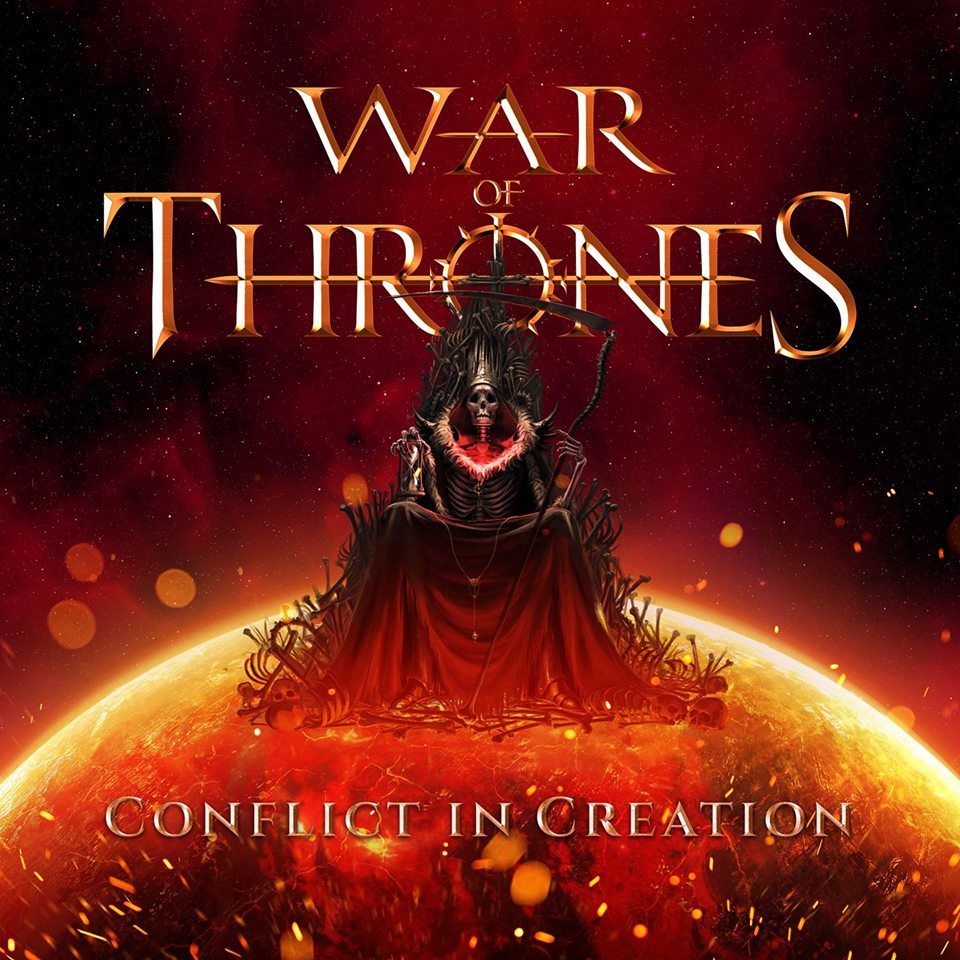 WAR OF THRONES-Conflict In Creation

Anyone remember Crimson Glory, the progressive metal band with their silver masks? This notorious cult band released their fourth and last studio album called ‘Astronomica’ in 1999 and that album featured the new singer Wade Black, who later [2012] formed his own new band called War Of Thrones. That Florida-based [Tampa] melodic power metal band now release their full length debut album called: ‘Conflict In Creation’ and the music on this album can be best described as a mix of power metal, melodic rock and Judas Priest characteristics. Most of the songs are really dynamic, featuring “simple”, recognizable riffs, heavy and raw melodies and the typical vocals of Wade Black, which in my humble opinion sound a bit too much alike. Unfortunately that counts for most of the songs as well, as this album has numerous similar-sounding songs with the exception of ,,Aftermath”. That one really sounds different as that song contains keyboards and it almost has a ballad-like feeling. Another track which stands out is ,,Kingdom”, a real head banging track with a very addictive chorus. ‘Conflict In Creation’ features three rather aggressive excellent tracks [,,Rule The World”, ,,Reaction” and ,,Channeling Demons”] which really prove that these guys know how to write and play metal music! The album ends with ,,Descending”, my favourite song of the album, which is an epic mid-tempo song with lots of variety and mystery; check out the lyrics of that one! So, if you like heavy guitars, pounding drums, killing bass riffs and angry, raw vocals, then this is a must have album!