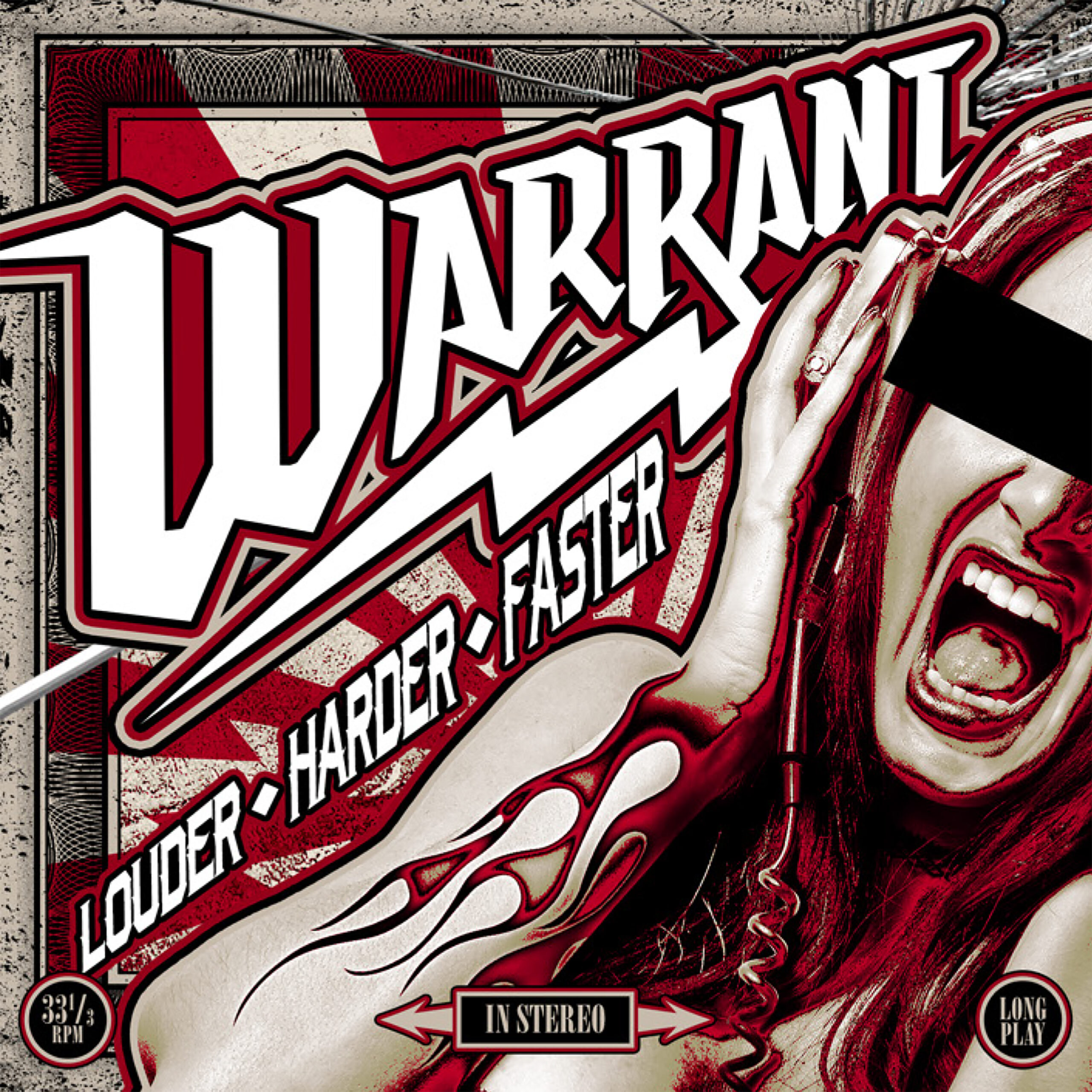 Warrant is another name from the late eighties and early nineties that has managed to survive through the years. Remember the first two albums ‘Dirty Rotten Filthy Stinking Rich’ and ‘Cherry Pie’? I do, because Warrant was on heavy rotation on MTV and because of their party style sing along rock songs and clips they were very successful in their native country, competing with bands like Ratt and Motley Crue. The main attraction was singer Jani Lane, popular with the ladies, and the bloke who was able to bring the glam rock style of Warrant across like no one else could. The group sold millions of records, had several hits like ,,Heaven’’ and ,,Cherry Pie’’ but after the first three albums (‘Dog Eat Dog’ being the third release) and the grunge period destroying a lot of groups, the good times faded away slowly. Still Warrant kept going, undergoing a lot of changes in personnel, even changing their musical style into a bit of grunge for a short while. Jani Lane was one of the guys that left and came back and left again until he was permanently replaced by current singer Robert Mason (known from Lynch Mob). He made his recording debut with Warrant on the album ‘Rockaholica’ in 2011. Any hopes of Jani Lane ever re-joining Warrant came to an end when the singer was found dead in a motel room diagnosed with acute alcohol poisoning. I think Lane will be smiling in heaven as Warrant has continued the legacy with their new CD ‘Louder Harder Faster’ with Foreigner’s Jeff Pilson in the production booth. I am not going to say that this CD is the best thing since sliced bread, but it is a very decent CD indeed. Mason is a powerful vocalist who belts outs tunes like ,,Music Man’’ (one of the best and hardest songs of the record) with the necessary charisma and attitude. Sometimes you can recognize the old style when a singalong filler like ,,Big Sandy’’ comes around and the ballad ,,U In My Life’’ is a bit on the soppy side, but overall Warrant has come up with an entertaining and very solid hard rock record with some good tracks as well. And that is more than I ever dared to hope for.