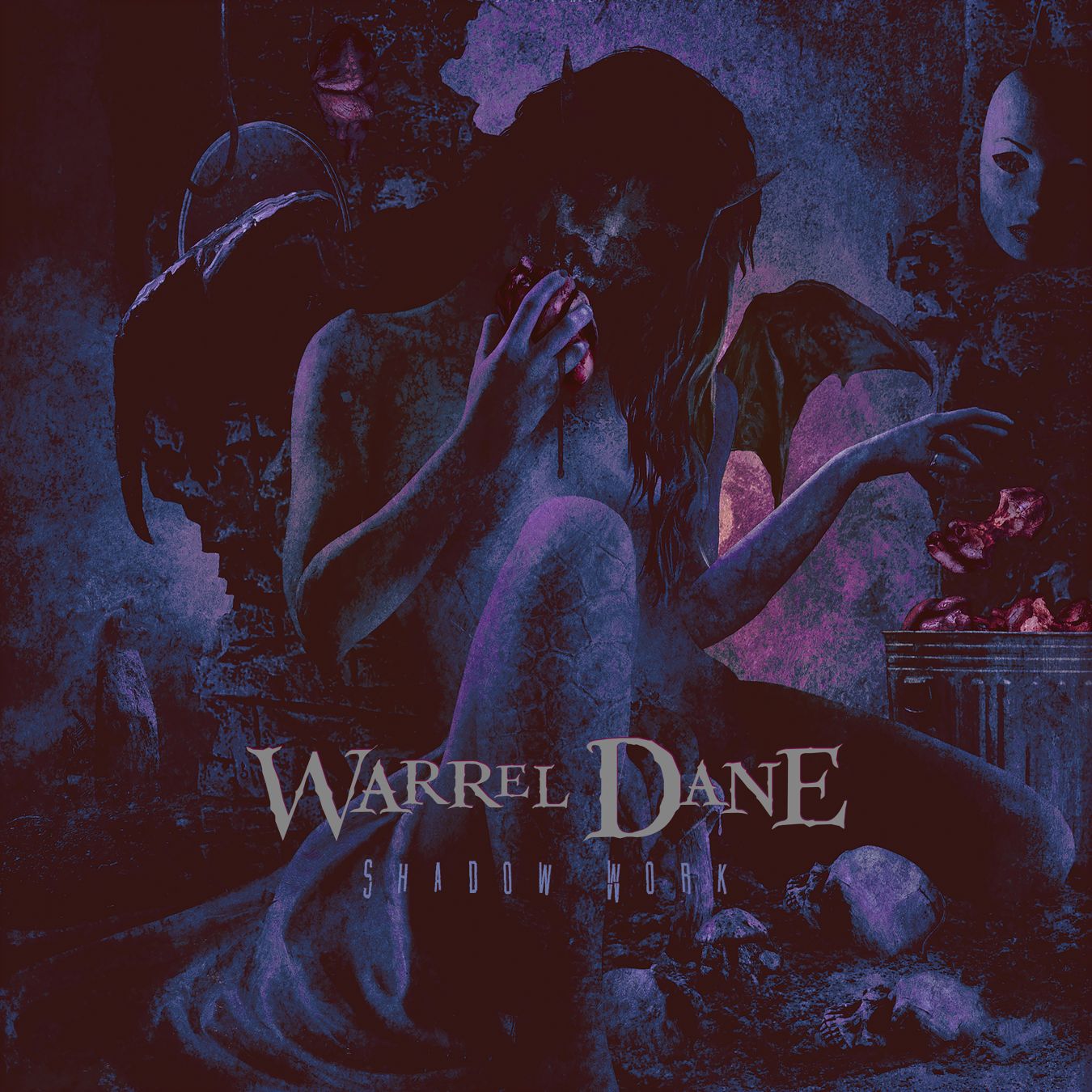 Unfortunately for the metal world, singer Warrel Dane (Sanctuary, Nevermore) died on 13 December 2017, while he was recording his second solo album. In 2008 Dane released his debut solo album called ‘Praises To The War Machine’ and this second solo album called ‘Shadow Work’ was supposed to be an 80 minutes long metal opus, but sadly Dane passed away before completing it. Now ‘Shadow Work’ is released, containing eight tracks clocking “only” 41 minutes of Dane’s heavy metal music. Dane has always been notorious for his baritone vocals and on the other hand also for his high-pitched vocal passages. ‘Shadow Work’ is a very heavy, melancholic, dark metal album in the true veins of Nevermore, featuring Dane’s powerful singing and some great guitar riffs, hooks, melodies and solos by the Brazilian guitar pickers Thiago Oliveira and Johnny Moraes. ’Shadow Work’ kicks off with the almost mantra-like ,,Ethereal Blessing”, followed by one of the highlights of this album: ,,Madame Satan”. The latter being one of the darkest and heaviest songs Dane has ever composed; awesome! ,,Disconnecting System” and the title track are also very heavy songs in the magical Nevermore style, while ,,Rain” is the resting point on the album. ,,Rain” is an excellent Nevermore rock “ballad” with a very catchy lead guitar riff and a super melodic guitar solo, which will leave you breathless! Dane ends this great album with his best song, the longest track (almost clocking 10 minutes) called ,,Mother Is The Word For God”. This musical highlight of ‘Shadow Work’ features a short violin intro, followed by a very melodic guitar intro, and then evolving into a complex, melancholic, dark, emotional song as only Dane can come up with. Listen to the extremely emotional (personal?) lyrics on ,,Mother Is The Word For God” and you will be moved as well by these lyrics as by the great musical metal ride of this song. ‘Shadow Work’ is not a perfect album, but Nevermore fans will love it and it might also be regarded as one of the better metal releases of this year.