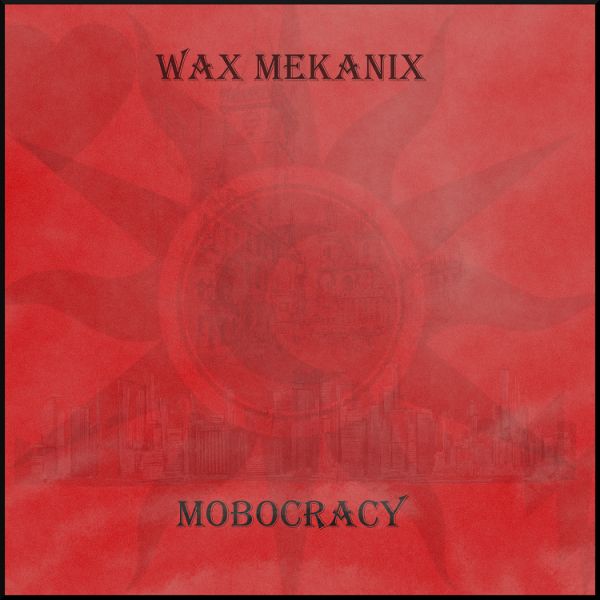 American multi-instrumentalist/singer/composer/producer Waxim ‘Wax” Ulysses Mekanix is a veteran in the business and co-founder of the American NWOBHM band Nitro (completely unknown to me). He resides in Philadelphia where he worked on this six track album that has some 25 minutes of music divided over six songs. He calls it himself hard rock & high profile folk. Whatever pleases you I suppose…

The music is a bit of a strange mix. Some tracks are pure rockers like ,,Victorious’’ (slightly monotonous) and the guitar driven ,,Blood-In-My-Eyes’’ and also ,,Mad World’’ is a fierce tune with an impressive guitar solo, but to be honest I don’t know if the approach of Wax really works for a big audience. He is not a great singer for starters and although he tries something different and does not really follow the traditional rock paths and clichés, it does not move me. At moments it sounds really okay, at moments it is pretty corny and just weird. I have seen comparisons with Devin Townsend pop up but I am not too sure whether that is accurate. I would advise you to check out You Tube to pre-check if ‘Mobocracy’ is your thing. It is not really mine.