WAYWARD SONS-The Truth Ain’t What It Used To Be 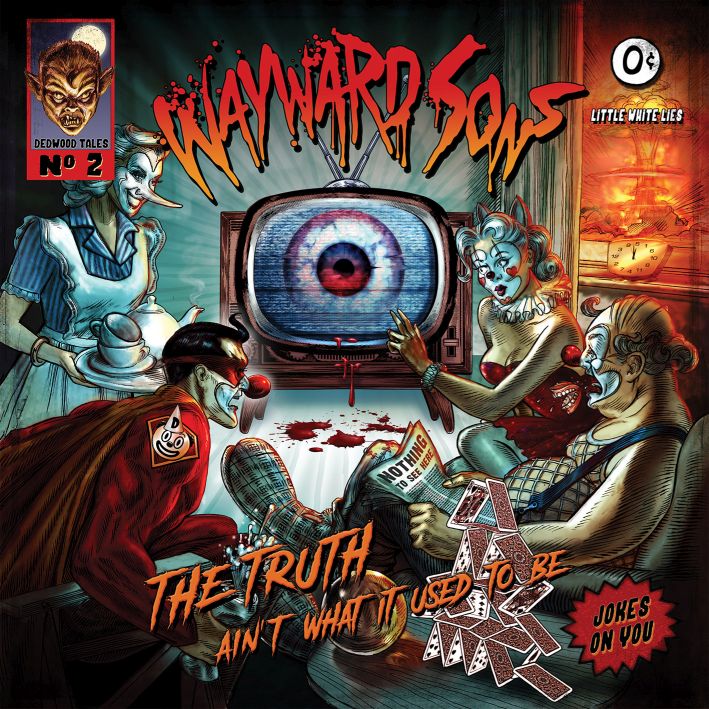 WAYWARD SONS-The Truth Ain’t What It Used To Be

Former Little Angels and Gun vocalist Toby Jepson presented his new group Wayward Sons exactly two years ago with the release of ‘Ghosts Of Yet To Come’, a decent album where Jepson and his band sounded in the vein of Black Star Riders and Thin Lizzy. Not bad bands to be compared with I guess. On their second album those influences are still there. This is a group that still though has not developed their own identity, I mean the solo during ,,Little White Lies’’ could have been played by Queen’s Brian May for instance. This is an album with three sides. The first songs are real energetic and heavy (,,As Black As Sin’’, ,,Any Other Way’’), after that there are quite a few mediocre rock songs (,,The Joke’s On You’’) before ending on a very strong note with three, four heavy rockers with balls, pace and excellent guitar work at the end. Maybe the band could have built up the sequence of the songs a bit better as now halfway through the record there are not really great songs present. The last songs though (,,(If Only) God Was Real’’, ,,Punchline’’, the title track, ,,Us Against The World’’ and the pacey rock and roller ,,Totally Screwed’’ make up a lot. Wayward Sons has not made a whole lot of progress on their second album. I had expected a bit more, a bit more consistency in the songs and maybe shake of those above mentioned influences more clearly than they have done right now. It does not mean that ‘The Truth Ain’t What It Used To Be’ is a fluke, that is not so, but there are just too many mediocre songs featured.