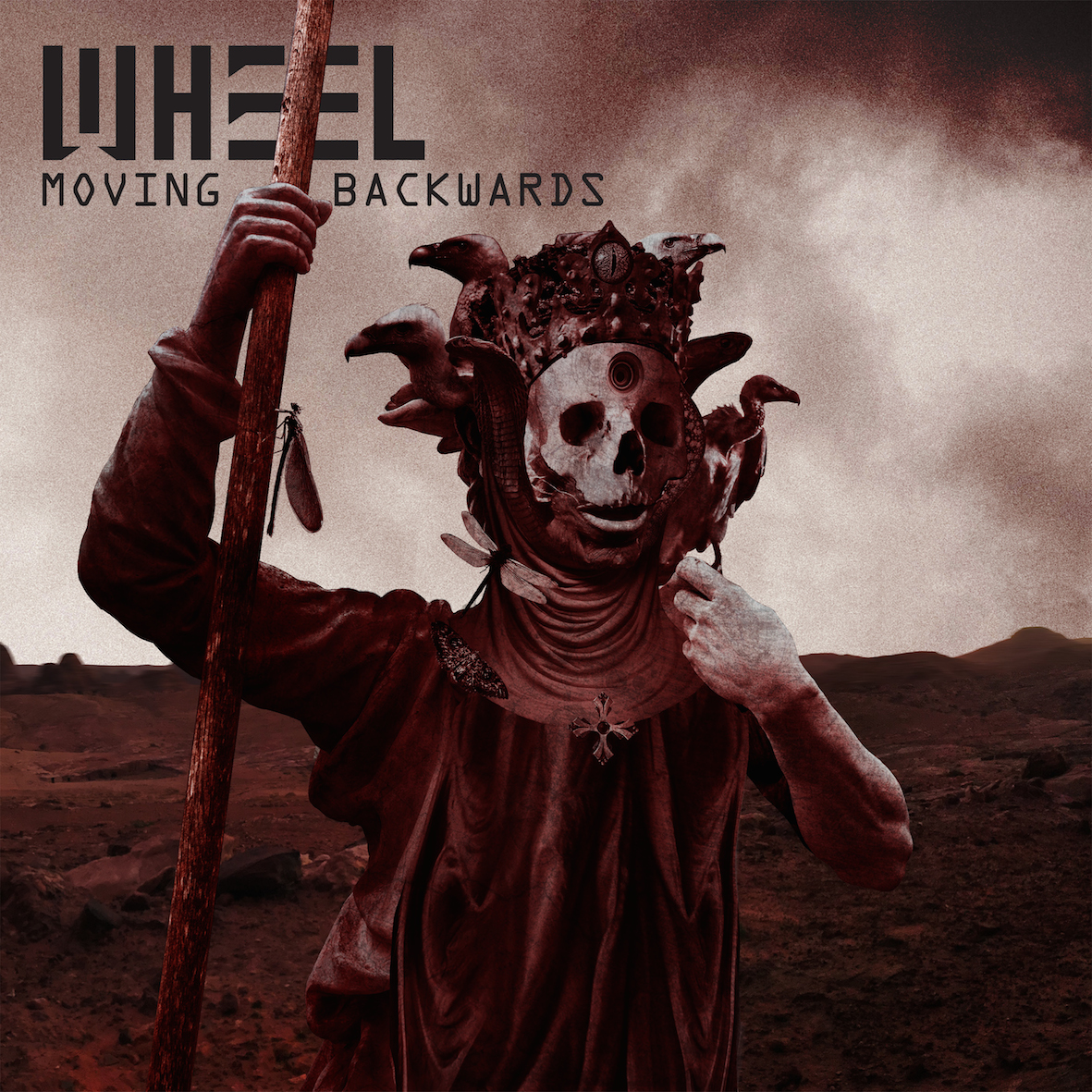 With a support slot on the upcoming European tour of Soen announced, progressive metallers Wheel recently released their second summoning for their new and first full-length album. The video single, ,,Where The Pieces Lie”, instantly grabbed me by the throat and has settled in my head since. The band already released two EP’s [`The Path’ and `The Divide’] and `Moving Backwards’ is their first full-length recording. Courageous James Lascelles, who relocated from the UK to Finland to form Wheel, reveals the band’s influences in their biography and quite bravely states; “While we wait for the next Tool album, we thought we’d just make what we want to hear”, subconsciously raising the bar for Wheel.

,,Where The Pieces Lie’’ is an extravagantly gripping video depicting modern days society’s struggles of men, preceding the album. The scenery in black and white adds to the expressive powers of the song, but it is the music itself that most certainly orbits the band. Their massive wall of sound with buzz saw riffs dives steep with the emotion of the track. It immediately caught my attention and made my browser work overtime. It brought me to their first video, ,,Vultures’’, the opening track of `Moving Backwards’. Humming in low scale of nu metal, the song plunges instantly with its tremendous drive. Towards the end the song erupts in progressive turmoil and tremendous force. ,,Vultures” is a perfect introduction to the rest as the album due to that turmoil spit. Wheel rolls forward on more unpredictable paths, with intensity and experimentally challenging twists and turns. The sonic excavation on the name given 10 minute ,,Wheel” is tremendous. Digging up fragments from their influences’ past, Wheel fuses the best elements of Tool and Karnivoor with Alice in Chains and Muse. ,,Wheel” packs an impeccable Tribe After Tribe reminiscent drum roll, which keeps erupting in progressive turns and anger-laden bridges. Whammy guitar licks over forceful storming riffs are adding to the anxiety of the song that shifts moods and colours. The guitar interaction between Lascelles and Roni Seppänen is delicate as it is fierce, frail as it is forceful. Adding to the dynamics is the excellent and 3 dimensional drum performance of multi-limbed beatkeeper Santeri Saksala. Frequently he reminds me of Neil Peart, after chugging 2 Red Bulls. Saksala packs the power and precision of Ray Luzier, while adding the depth with percussion work of Rush’ rattling backbone. Connecting all dots is bass player Mikko Määttä who’s hard strikes and treble bass lines go directly under the skin and crawl upon your spine. His playing adds the urge and persistence; enhancing the multi layered progressive fuelled tracks. A Perfect Circle dances in my mind. ,,Tyrant” is right up that alley. It slowly dances with light guitars and humming bass, shedding skin merely during the chorus. Melodically it is gripping and tremendously appealing. Lascelles vocals ooze comfort and he ensures the listener to be slowly lured into the cold withering heart of the track, which crawls forward with depriving urge. ,,Up the Chain” endures the withheld urge, but slowly starts to evolve with rhythms out of the ordinary, while neck wrecking riffs are packed to the brim. The instrumental ,,Skeletons” brings back the Tribe After Tribe aural vibe rolling forward. Ominous are the guitars intensifying the atmosphere, before Wheel drops into the isolated anxiety of their brand new single ,,Where The Pieces Lie”. Much as the isolation spawn from the video, vocalist James Lascelles stands elevated from the low tuned musical framework. His narrative vocals are frontal, dosed with power and anger, yet also breathing emotional despair. His heartfelt lyrics are grim, and the melodies are soothing and comforting, cutting deep in your soul. While the intricate treble bass-playing drones the song forward aligned with the raw and dynamic guitar work, the track evolves with grandeur. The song is lethal hooks are pointy and soothing melodic. Avant-garde time changes throw you off frequently and the darkness lurking is intense. It’s a feeling of mischief and agony transformed into the oozing ,,Lacking” that more distinctively fuses Karnivool influences with Mastodon reminiscent stretched eloquence. ,,Lacking” closes the album with a 9+ minutes long collective delivery of Wheel turmoil. “Must have control, well take control” Paul calls in an uproar over a lumbering hulk of viciously heavy riffs gaining agility with drums thundering to its grand finale, making it go out with a bang!

`Moving Backwards’ is a dark, dense and impenetrable gem in line with all the above-mentioned bands’ best releases. It will require repeated listens to uncover the beauty that lies beneath. Wheel possesses the unique ability to implement an aural serenity in turmoil laden musical environments, which invokes listeners to delve deep into their sonic anxiety-spawning world. Lyrically Lascelles addresses social issues, wrapped in poetic and sophisticated spun text-lines packed with emotive intensity. The insanely well-crafted music amplifies and intensifies the prose. `Moving Backwards’ immediately places Wheel in the top ranks of the genre.