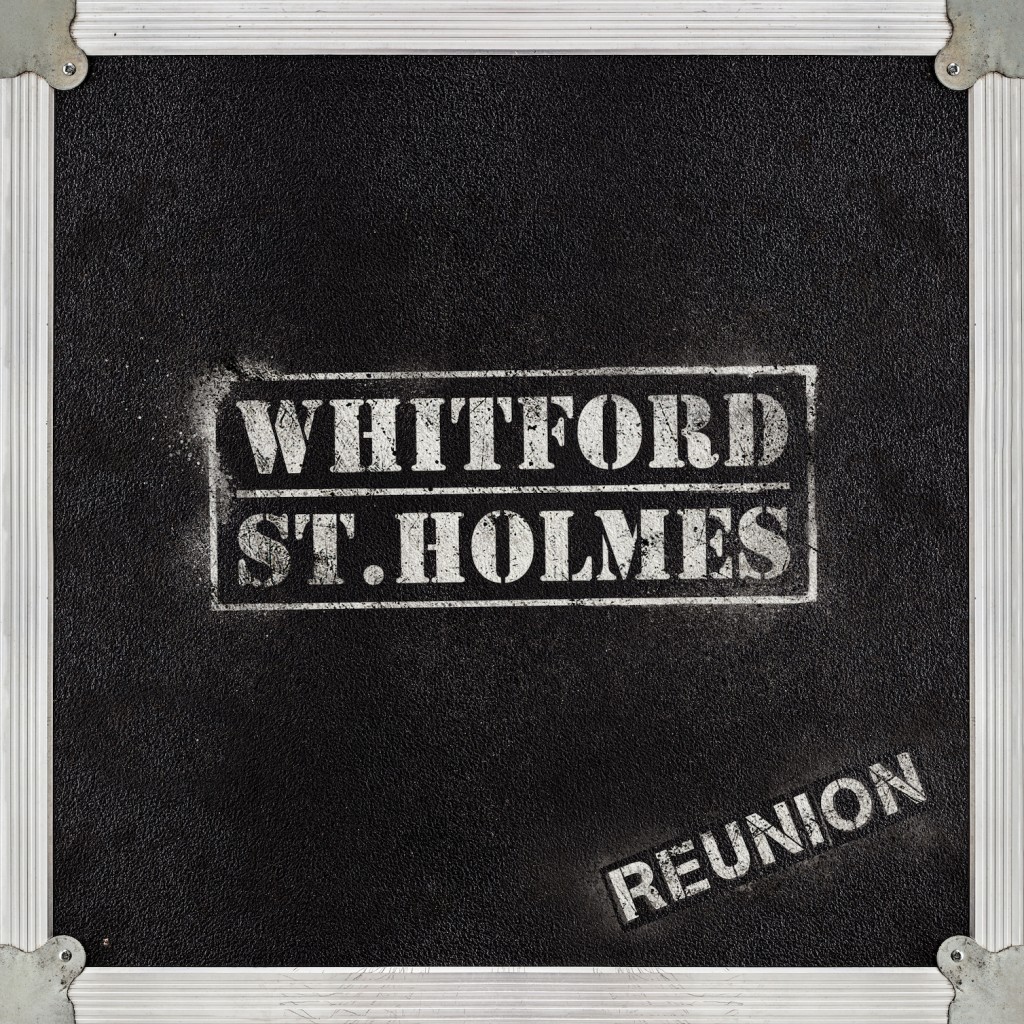 Brad Whitford has been one of the Aerosmith’s anchor pieces for several decades, although he always stood in the shadow of Aerosmith’s Toxic Twins Steven Tyler and Joe Perry. In 1981 he worked together with singer/guitarist Derek St. Holmes who had earned his daily bread with Ted Nugent and the group St. Paradise (just one album released with drummer Denny Carmassi and bass player Rob Grange). I have always been a fan of St Holmes’ voice, so cool, so strong and recognisable. That man never ever broke through on a worldwide format and I don’t know why. One of the best hard rock singers I have ever heard! The 1981 ‘Whitford St Holmes’ album did not sell great and became a bit of a collector’s item. I have been looking for it for a while on CD. And now 35 years later the duo has found each other again in the CD ‘Reunion’. It is good to hear the two veterans rocking again together. ‘Reunion’ shows that St Holmes still has not lost any of his vocal talent. The duo produces good old fashioned seventies/eighties rock with a bit of bite, a lot of rock and roll swagger and a tiny bit of soul. Songs like ,,Shapes’’, ,,Hot For You’’, ,,Rock All Day’’, ,,Shake It’’, ,,Catch My Fall’’ and ,,Hell Is On Fire’’ just rock out. Brad and Derek do nothing fancy, they sing about women and love like they are still in their early twenties (both are way in their sixties now) and do that with a lot of enjoyment. It is like time has been standing still for them. The drums are being played by Tesla’s Troy Luccketta on this release, so in that department everything is okay. Small point of criticism is that the CD clocks around 37 minutes only, but Brad and Derek make up for that by including the 1981 recordings as a free bonus CD with this release. Now that is value for money if you ask me. My search for that 1981 album on CD is finally over. I really have enjoyed this unexpected ‘Reunion’ between two in my opinion underestimated musicians. As Aerosmith has officially stopped and Whitford and St Holmes are touring together maybe a live CD could be on the cards. Let us wait and see and cherish this release at the same time.


Recent live version of ,,Shake It” because there’s no official video available