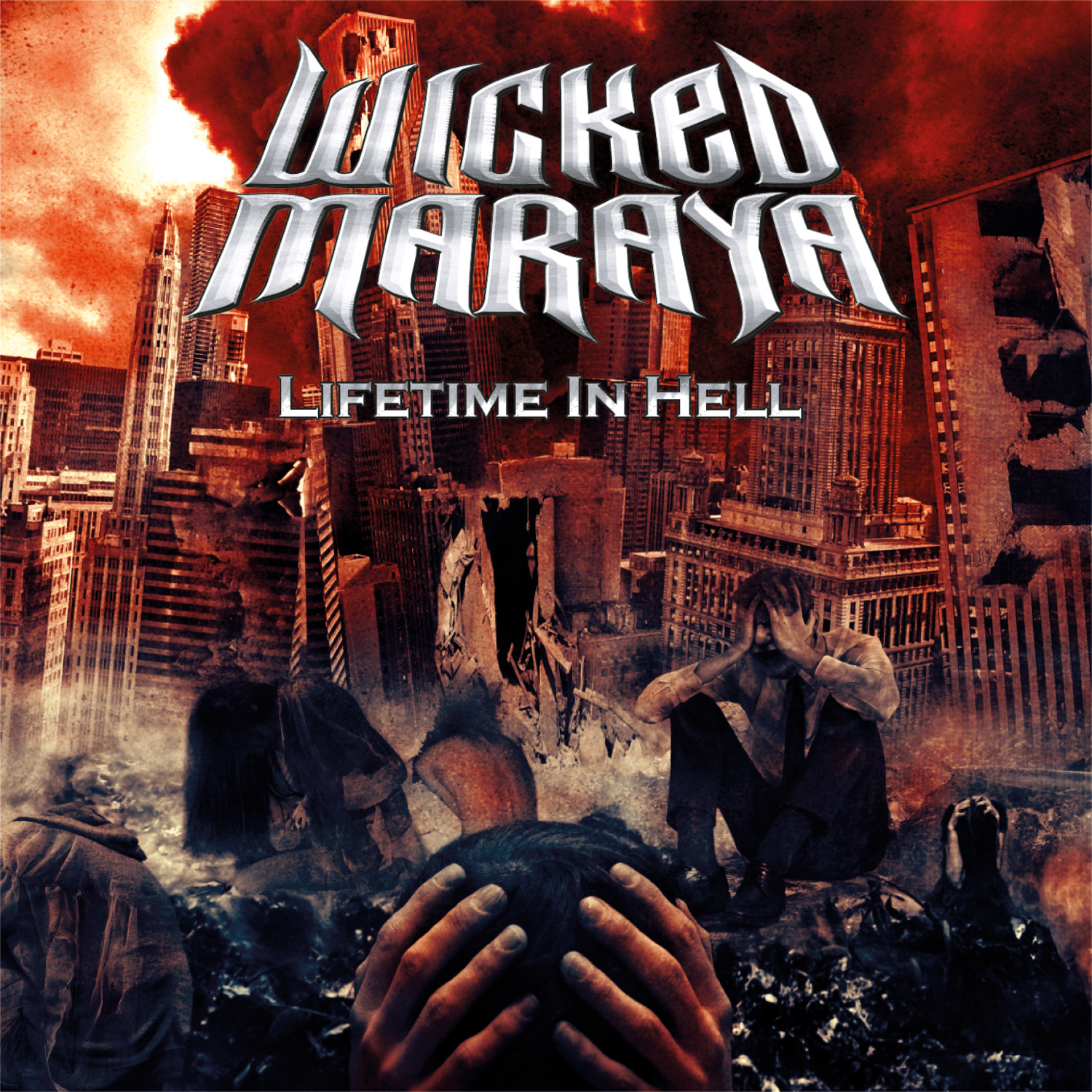 This band from the New York area released its first album ‘Cycles’ in 1994 on the Belgian Mausoleum label. A combination of wrong timing and lack of promotion plus the fact that grunge was ruling the music world at that time caused for the album to get the deserved recognition, because it was quite a reasonable melodic metal CD indeed. The band released under the banner Maraya two more albums (‘No Hope For Humanity…?’ and ‘Counterculture’) but gained not much with that either. In 1991 the group recorded ‘Lifetime In Hell’, but could not get a record deal. The album was put on hold till now! Wicked Maraya has reunited, recorded two new tracks (,,Suicidal Dawn” and ,,Fall From Grace”) and finally released what would have been their debut album. Produced by Jim Morris ‘Lifetime In Hell’ takes you back in time when bands like Queensryche and Crimson Glory where on top of their game. ‘Lifetime In Hell” is influenced by these two bands, but is in its whole heavier. That is mainly because singer Falco put it across with a lot of tenacity and grit. The album is about 25 years old, but still sounds good, although the new above mentioned tracks sound a lot more modern than the rest. Especially ,,Suicidal Dawn’ is heavy and makes me want to hear more from this formation in the near future. You might recognize some tracks like ,,Johnny’’ and ,,Tomorrow’s Child”, because they have been used on other CD’s. You might wonder why Wicked Maraya comes up with the release of an album that is so old. Just see it as something they needed to get out of their system and yes, there are some worthwhile tracks to listen to. So all in all not a bad move.