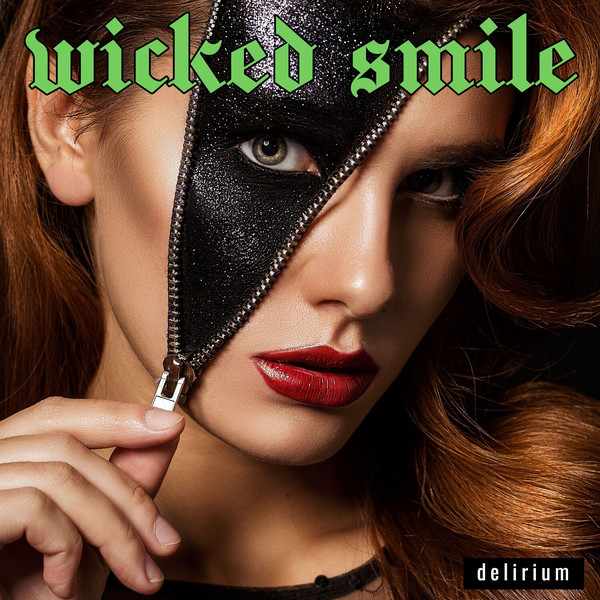 September 2, 2020 by Michel van de Moosdijk - More about our team

In this band we find two Australian musicians that have been around for a long time in the scene Down Under. First of all there is Steve Janevski, for years the driving force behind the melodic rock band The Radio Sun. The second musician is singer Danny Cecati who in the late nineties was the singer for heavy metal band Pegazus on several of their albums before moving on to the formation Eyefear. These two lads have matched up now in Wicked Smile for a four track debut-EP that has been produced by nobody less then Paul Laine (The Defiants/Danger Danger) while Bruno Ravel (also Danger Danger) did the mastering.

Laine also played bass and co-wrote three of the four songs with Janevski. And you can hear him adding his touch in the back ground vocals as well as steering ‘Delirium’ in a melodic metal direction. Because there can be no doubt about this EP: Janevski and Cecati came here to rock hard and that is what the duo is doing on the four tracks that are harder and more direct in comparison with for instance The Radio Sun while Pegazus was more old school heavy metal when Cecati was with them. Modern metal with killer riffs, hard edged yet melodic vocals, tempo and crunchy solos but in a way also sounding a bit classic as well.

Add to that a blasting production and sound and you are dealing with one of the most promising bands that Australia has on offer at this moment. Speaking with Steve Janevski via Messenger he lets everybody know that while in lockdown in Melbourne he is working on a full Wicked Smile album right now and that new The Radio Sun material can be expected somewhere in 2021. Interested in getting your copy? Go here.