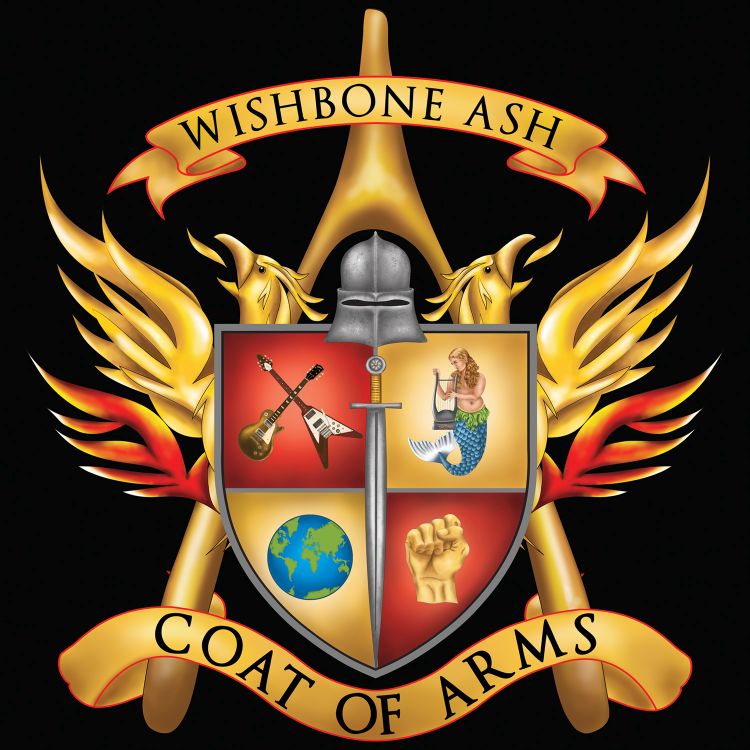 It is good to see that bands like Wishbone Ash (existing for more than 50 years now!) are still around and relevant. Started in the late sixties in the UK the band grew out to be a trendsetter indeed as they were the ones to introduce the twin lead guitar bits that inspired an enormous amount of bands worldwide. The first four albums with ‘Argus’ as their most successful are treasures that any melodic guitar rocker should have in the collection. During the years many people came and went but founding member guitarist/vocalist Andy Powell always kept believing in his mission and kept the ship steady. Touring has always been a big part of their career and already 2020 is fully booked starting in January this year until October with several European and North American tours and dates booked. I am not going to bore you with their history, you can look that up for yourself. ‘Coat Of Arms’ is studio album number 26 and the first one since their 2014 release ‘Blue Horizon’. Wishbone Ash has always been a band that played melodic guitar rock with an attitude and the emphasis on prolific guitar duets with a lot of dreamy parts in their songs. They have never been outright heavy or too soft, they always found the middle way which might be one of the reasons they are still around. Sure, during the years the music has been mixed up but nowadays the band is basically back at the beginning putting the emphasis on strong songs, catchy melodies and remarkable guitar acrobatics. ‘Coat Of Arms’ is a very well balanced album with ballsy songs and more easy listening episodes where you can dream away with the melodic guitar and vocal lines. Andy Powell still has a pleasant voice and the latest recruit on guitar Mark Abrahams (joined in 2018) has found his spot very quickly in the characteristic double lead guitar attack. I am not saying that ‘Coat Of Arms’ matches with an epic album like ‘Argus’ but  at times with the title track, the energetic opener ,,We Stand As One’’, ,,Drive’’, ,,Floreana’’ and the easy listener ,,Empty Man’’ this band takes you back to their better days and that is something that I had not really expected anymore. Not too heavy, not too soft, also on ‘Coat Of Arms’ Andy Powell and company have found the middle way that suits this band best. Definitely an album for the melodic guitar fans!