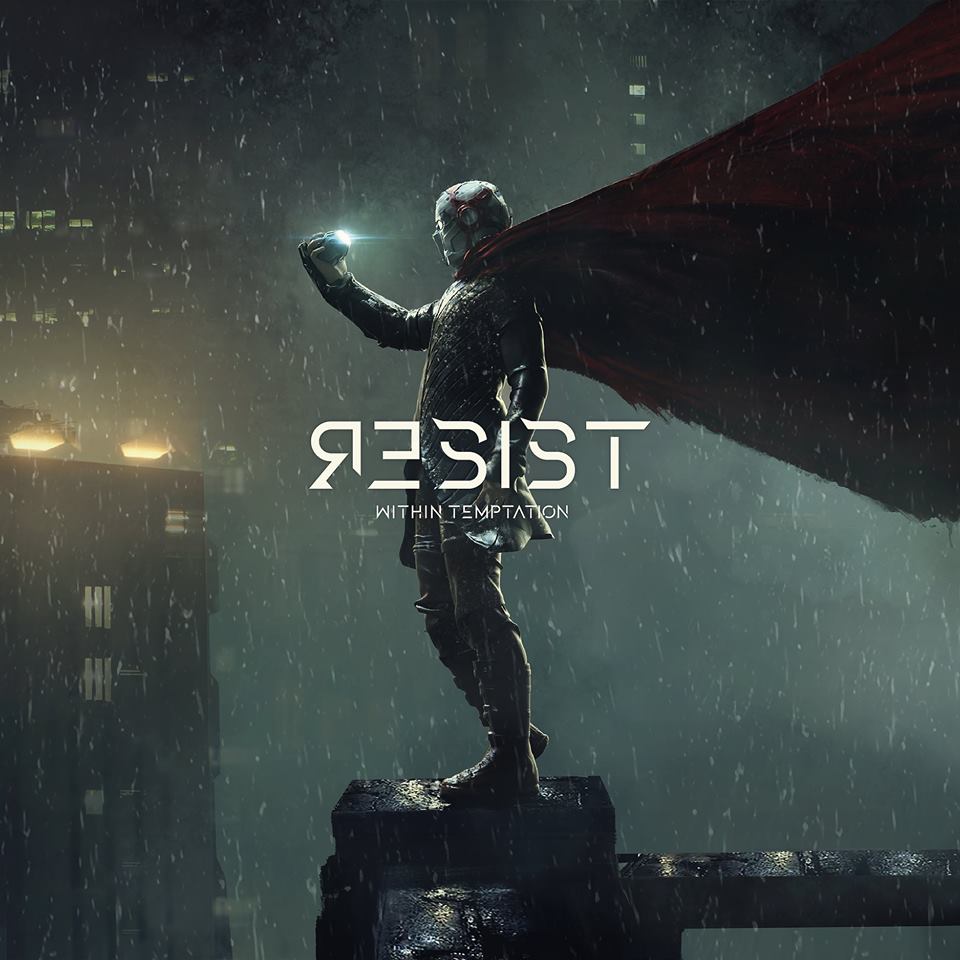 There has been a four year gap between the sixth studio-album ‘Hydra’ and the latest epos ‘Resist’ (the longest ever in the bands history). It is not that the band has been doing nothing between these two releases (a live recording came out in between). But singer Sharon den Adel also suffered from a burn out, had a writer’s block, penned some material that she used for her own side-project called ‘My Indigo’ and also took a critical look at the musical future of her band. It was time for a change, time for a new and maybe more adventurous approach. Within Temptation also changed from record company. And for whatever reason saw the release date for ‘Resist’ being changed from mid December 2018 to the first of February 2019. But already in September and October last year the first snippets of the album and a few videos were released giving the fans an insight of what was to come. Within Temptation has changed gears that is something that a first inspection of ‘Resist’ brings to light. The songs are a lot more modern but are still heavy and dark enough. So is it not that the fans of the last 15 years will be disappointed or are being ignored by these changes. The structures of the songs are in some ways more pop orientated, in some cases have a danceable rhythm (like ,,Firelight’’) but are surely recognisable as Within Temptation. First of all there is the voice of Sharon, giving you that familiarity that you are used to. Furthermore there is this dark glow over the music, making sure that Within Temptation does not sound too light hearted. And there are a few guests like Jacoby Shaddix (Papa Roach) and Anders Fridén of In Flames steering songs like ,,The Reckoning’’ (Shaddix) and ,,Raise Your Banner’’ (Fridén) into territories that will please a fan of this band. But it is a fact that as a whole ‘Resist’ is a more futuristic and catchy album with luckily also present those dynamics that this band seems to have a patent on. Maybe the songs ,,Supernova’’ and also ,,Firelight’’ (with a guest part for Jasper Steverlinck) give you the best indication of the musical turn Within Temptation has made. But it is not a 360 degree turn, far from. I find it quite ballsy and brave of this group to have made this move. They could have continued in their old style but they selected to move forward in such a way that it will not upset the fan base too much, yet it gives them the opportunity to move forward in more ways than one. So don’t ‘Resist’ it but nourish and treasure it.