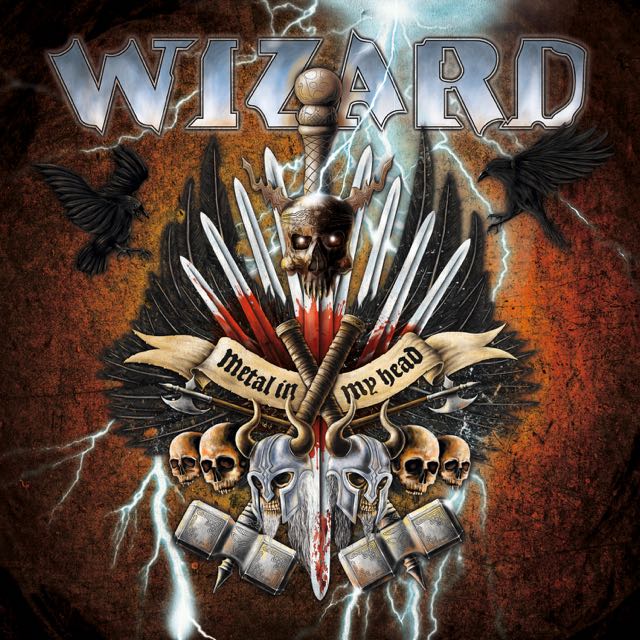 Wizard’s 12th studio album ‘Metal In My Head’ is not really different from their other albums; meaning: heavy metal pure and no musical surprises or changes whatsoever! All tracks, except the “piano ballad” called ,,Whirlewolf” therefore contain two or three simple, recognizable guitar riffs/hooks, catchy shout along choruses and no-nonsense lyrics galore. So, you could say that Wizard stays loyal to their musical heavy metal roots indeed and that the fans of Wizard will enjoy this album whatever the critics might say. Metalheads and Wizard fans will get this album, but to me it is just too much of the same; there is nothing original and there are definitely no musical surprises… ,,Whirlewolf” being the odd one out here as it is a piano ballad written by Gustavo Acosta (Feanor) and the song is dedicated to lead guitarist Martjo Brongers of Dutch heavy metal band Vortex, who died in 2019. The titles of the tracks say it all as these are also rather stereotype, for instance: ,,Metal Feast”, ,,Victory”, ,,We Fight” or ,,Destiny”, stating that nothing has really changed in the 30 years’ career of Wizard. For me, that is not really a good recommendation; but for Wizard fans I guess it is! Also for lovers of pure heavy metal straight in your face I can recommend ‘Metal In My Head’.