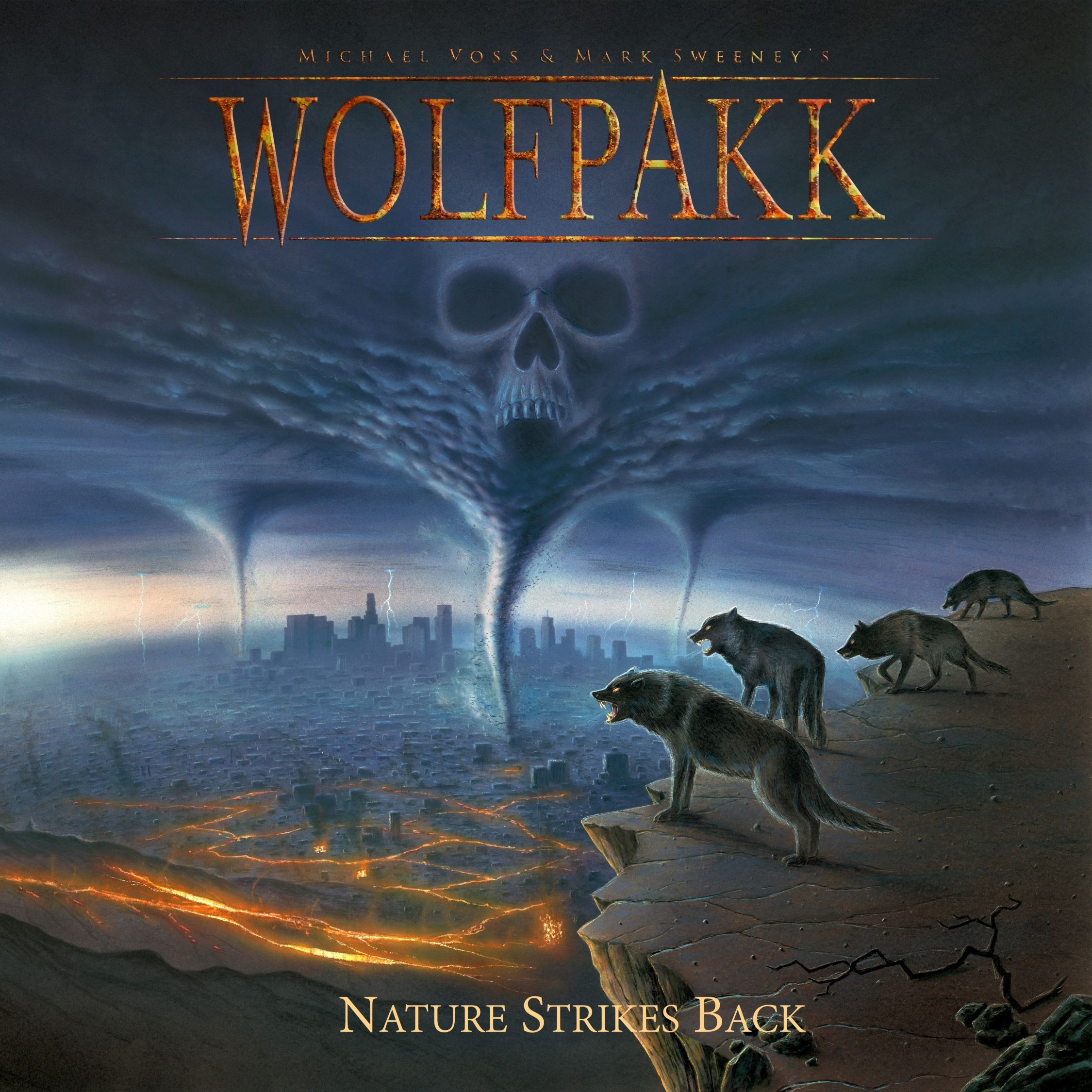 It has become more or less a tradition that a new Wolfpakk album is flooded with guest musicians. Also on the fifth album that singer/guitarist Michael Voss and singer Mark Sweeney have cooked up no less than 32 guest musicians participate and among them some big names like the guitarists Vinnie Moore, Joey Tafolla, Craig Goldy, Bruce Kulick, Jeff Waters and Shakra’s Thom Blunier while on the vocal front experienced guys like Ronnie Romero, Michael Sweet, Perry McCarty, Mats Leven, Michael Bormann, Carl Sentance and Nick Holleman lend a helping hand. It is amazing that Voss and Sweeney have managed yet again to get all these people involved. Wolfpakk has for this release found Massacre Records to take care of sales and distribution, making the switch from Steamhammer/SPV. ‘Nature Strikes Back’ is for sure the heaviest in the Wolfpakk history so far. More robust riffs, a bigger drum sound and at times a quite bombastic production. It all sounds very promising indeed but in some cases the songs and execution of the vocals (in some cases too high pitched and irritating) are disappointing. There are plenty of good moments as well, which you should expect from such experienced musicians, but at the end of the day I have the feeling that ‘Nature Strikes Back’ as a whole lacks the necessary cohesion. It is not that ‘Nature Strikes Back’ is a total failure that is certainly not the case but one way or another it just does not turn me on completely.