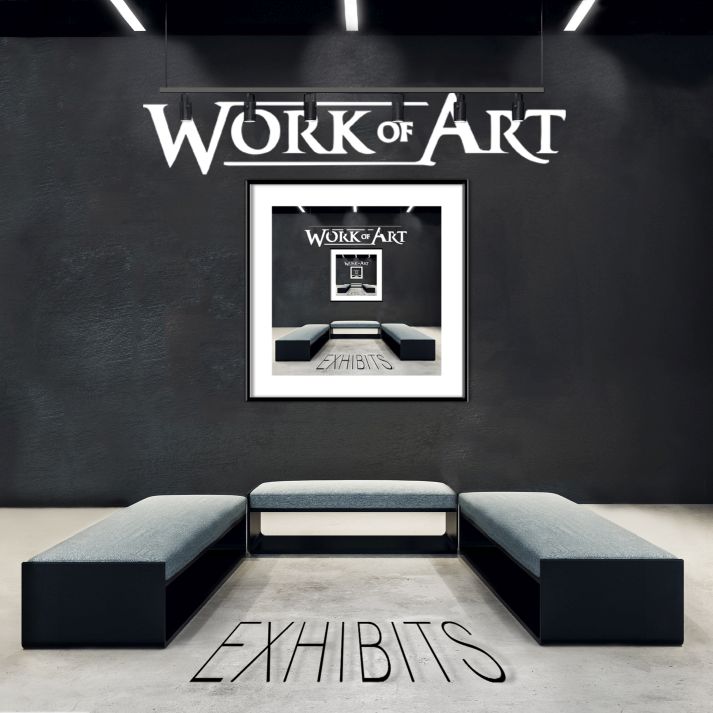 November 5, 2019 by Michel van de Moosdijk - More about our team

The two main members of Swedish AOR rockers Work Of Art are guitarist/composer Robert Säll and singer Lars Säfsund. In order to make ends meet Robert and Lars participate in other bands and projects as well. Robert is one of the co-founders of W.E.T. (with singer Jeff Scott Soto) and not so long ago he released an album under the banner Groundbreaker (with FM singer Steve Overland). Lars has been active (and still is as far as I know) as singer for the bands Lionville and Enbound. Together with drummer Herman Furin (the third member of the group) the duo has worked on the fourth band album and if you are familiar with the predecessors ‘Framework’, ‘In Progress’ and ‘Framework’) I suppose ‘Exhibits’ may not sound like a big surprise. Assisted by a bunch of guest musicians on bass and keyboards (even the famous Vince DiCola has contributed) I believe that ‘Exhibits’ does sound surprising. The singing of Lars is exquisite throughout the whole album and more important even is the fact that all eleven songs are really good and of high quality. The whole album sounds fresh and has a wonderful pallet of sounds. This is AOR/melodic rock on a top notch level, if you ask me. There is variation galore to be heard on ‘Exhibits’. You can rock out, you can dream away, you can completely relax and listen to a record that sounds good at any given moment. Fans of AOR that like a touch of West Coast rock in the proceedings will lap this record up. We had to wait a long five years for a new Work Of Art album, but when you hear epic songs like ,,Let Me Dream’’ (very sophisticated) or the more rocking and upbeat ,,What You Want From Me’’, ,,Misguided Love’’ and ,,Destined To Survive’’ (just to name a few highlights) I am sure that you will find that ‘Exhibits’ has been worth the wait! Although I like the three first albums by Work Of Art, they are being topped by ‘Exhibits’, no doubt about that!