YEAR OF THE LOCUST-Year Of The Locust 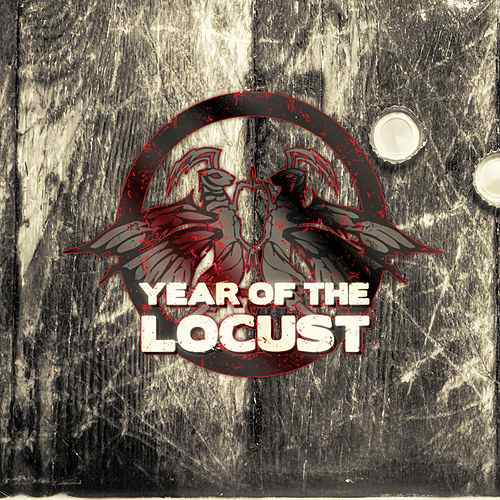 YEAR OF THE LOCUST-Year Of The Locust

NYC’s Year Of The Locust’s debut album `DeVolver’ from 2016 was met with criticism upon its release, often descending the band as a rip off of Chad Kroeger’s Nickelback. Suffered by comparison the band managed to turn the downward spiral of criticasters with this new 4 track EP coinciding with their nationwide tour as support of Tesla. This 4 track still has the eerie ghost of comparison haunting it, because of the vocals rather than its music, but this self titled EP definitely sees the band expanding their reach and rise to the occasion with strong and powerful songs.

Kicking up the dirt immediately, Year Of The Locust spits dirt swinging the axe down with ,,Stay Alive’’, a hardrocking track fused with powerful loud grooves and impeccable chorus. Tesla’s Troy Luccketta lends them a helping stick ‘n hand that pays off. Yes, it tings melodic and recognisable. And yes; it is Scott McGiveron’s gritty rock rasp that is reminiscent to Kroegers. But yes, it is way to easy to dismiss the band as a rip off! YOTL has too much spice and fire up their alley to dismiss them as pop rockers. Cleverly embedded buzzing riffs and melodies pull forward with fierce force, towards a chorus that nests easily. The drums are ignited and powerful ploughing, a consistency taken forward in the sing-along hymn ,,Line em Up’’, with its tongue-in-cheek lyrics and infectious groove and combustion. Guitars firing up the song, with fierce riff and melody interaction. Simple lyrics and some predictable chanting make it a crowd pleaser on their upcoming tour for sure. When the gritty riff of ,,Sorry’’ hits, the track morphs with narrative and vocals interaction fitting the mood and melancholy of the song perfectly. Empowered by the sublime guitar work it sparkles. Mega melodic it flourishes with a loud groove and double kick drums. An enigma of solo duels hit over the loud and fierce groove, with lingering vocals impacting on the lyrical content. ,,Whispers In The Dark” is a brooding acoustic ballad lingering on towards a ponderous chorus where guitars take over to colour it vividly. While drums well in the guitars power up with a nice solo taking it forward and intensity is rising. Pristine vocal interaction adds to the longevity of the track.

`Year Of The Locust’ is an EP on which the band reveals more layers of their musical path, unable to completely shake off the daunting comparison, they kick it way louder and with more stride. YOTL manages to keep me on edge with their poisonous blend of groove, nu metal and melody. Able to combust at unexpected moments, the band makes way for improvement and will surely be an act to keep an eye out for, especially on tour. Let’s see what the future has in place for ‘em.