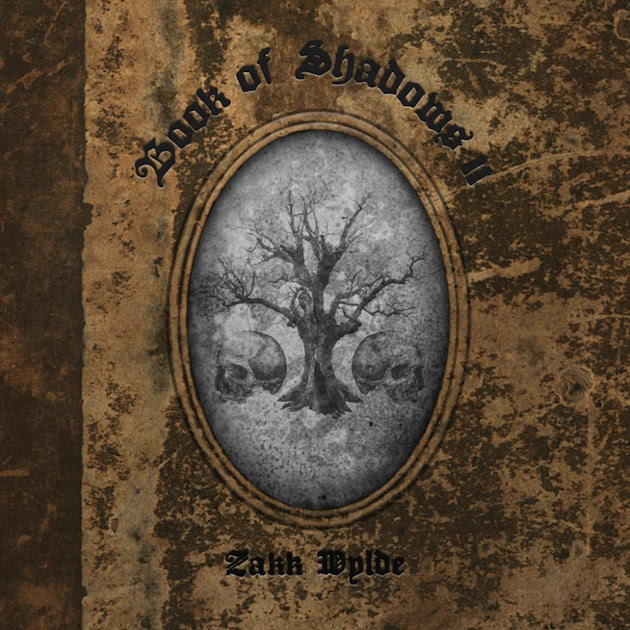 It was in 1996 that Zakk Wylde launched his first ‘Book Of Shadows’ CD, two years after the release of the Pride & Glory CD. The last one was a fantastic southern rock record that even Lynyrd Skynyrd, Blackfoot and Molly Hatchet were jealous of, while ‘Book Of Shadows’ was a delightful introspective album. We all know that Zakk has played a long time with Ozzy Osbourne and has now his own band Black Label Society. But even with BLS Zakk sometimes shows a sensitive side (listen to for instance ‘Hangover Music Vol. VI’). But the good man has outdone himself now! Okay, the fifteen songs) plus two extra songs which makes it seventeen tracks) might not be heavy, but they are a brilliant mix of rock, southern rock, a bit of country and even a sniff of Americana. There are lots of acoustic guitars to be heard, but often enough Zakk plugs in his electric guitar for some astonishing solos to give the CD extra flavour and a bit of bite. ‘Book Of Shadows II’ is again introspective, sensitive, emotional and maybe even a bit reserved, but the feeling that Zakk has put in his music and especially his singing is unbelievable. When you listen to semi acoustic albums a lot of musicians forget to put enough variation in their cocktail.  But Zakk Wylde has avoided any form of monotony by carefully looking at the song order. Most of the tracks are just amazing. I had a hard time finding any favourite tracks for myself, but I would like to mention ,,Tears Of December”, ,,Darkest Hour”, ,,Yesterdays Tears” (reminds me a bit of Skynyrd’s ,,Tuesday’s Gone”), ,,Sleeping Dogs”, ,,The King” (what a scorcher!) and ,,Forgotten Memory”. As a little extra there are also two piano versions of some earlier tracks on the album that are quite impressive as well. Just Zakk’s deep dark, melancholic voice and a piano. A combination that really works. Zakk Wylde, the young gun with a big mouth and a bottle of beer always within reach, has become a seasoned musician with integrity, feeling and class. If you do not wish to believe me, fine. Find out for yourself by getting this CD or at least have a listen.